Dutch thrash metal band LEGION OF THE DAMNED has posted a new song, "Pray And Suffer" (along with the intro, "Sermon Of Sacrilege"), on its MySpace page. The track comes off the group's new album, "Cult of the Dead", due on December 19 via Massacre Records. The LP will be made available in three different formats: as three-disc deluxe edition including a bonus CD and a bonus DVD; a limited-edition digipack with a bonus DVD and as regular jewel case CD. The three-disc deluxe edition will include a CD containing a recording of the band's performance at Germany's Rock Hard festival in 2006 and a DVD featuring footage of LEGION OF THE DAMNED playing the entire "Cult of the Dead" album in the band's rehearsal room plus interview clips. The artwork can be viewed below.

According to Massacre Records, LEGION OF THE DAMNED has been confirmed to play at next year's Graspop Metal Meeting on June 27, 2009 in Dessel, Belgium.

"Feel the Blade", a reissue of LEGION OF THE DAMNED's "Elegy for the Weak" CD (originally released under the band's previous moniker OCCULT), entered the German Media Control chart at position No. 70. Released on January 4, 2008 via Massacre Records, the new version of the LP contains two new songs that didn't appear on the original "Elegy for the Weak" album, a new cover and a bonus DVD. 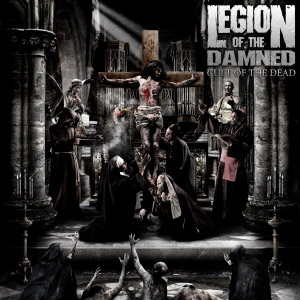 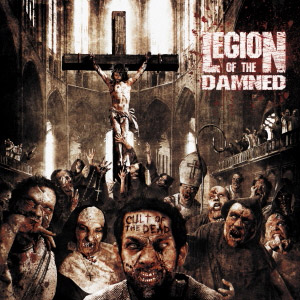