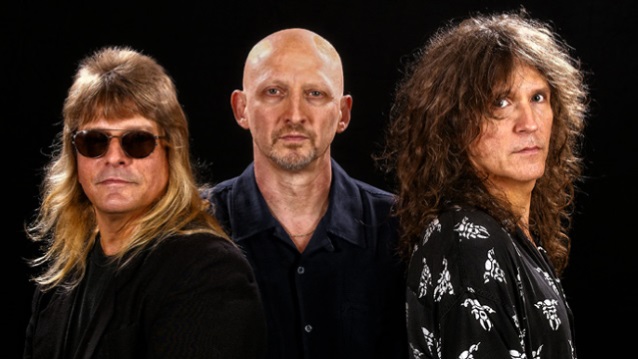 Legendary rock band ZEBRA will celebrate the thirty-fifth anniversary of its debut album by performing the LP in its entirety. The group's first West Coast tour in three decades will take place in February and will feature all original members: Randy Jackson, Felix Hanneman and Guy Gelso.

Founded in 1975 in Louisiana, ZEBRA eventually relocated to New York. Jackson, Hanneman and Gelso toured relentlessly on the East Coast before getting signed by Jason Flom at Atlantic Records. In 1983, ZEBRA's first LP became the fastest-selling debut album in the label's history, making it a cult classic to legions of fans all over the world.

The band started their career by playing covers of LED ZEPPELIN, THE MOODY BLUES and RUSH songs, and it was their early fans' reaction to their LED ZEPPELIN renditions that helped convince the band to bring their act to New York. They had introduced their original material into their cover sets years before they were signed to Atlantic Records, including "The La La Song", "Free" and "Bears" (originally titled "The Bears Are Hibernating").

The band continued to tour throughout the 1980s, but took a temporary break in the early 1990s. Randy Jackson formed his solo band RANDY JACKSON'S CHINA RAIN, and released its only album in the year 1993. ZEBRA finally reunited in 1997 and released "Zebra IV" in 2003, their first album of all-new material since 1986. A DVD of live performances, mostly from a show at the House of Blues in New Orleans, was released in the summer of 2007. On July 10, 2010, during the band's thirty-fifth-anniversary performance at New Orleans' Mahalia Jackson Theater, ZEBRA was inducted into the Louisiana Music Hall Of Fame. On October 8, 2012, the band was inducted into the Long Island Music Hall of Fame. 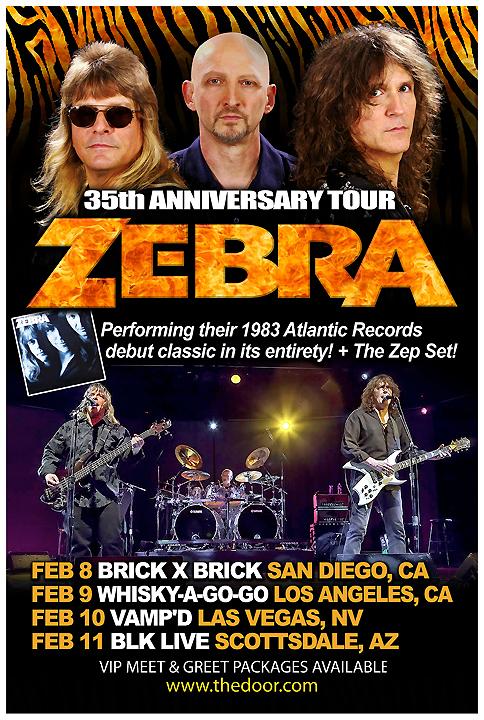