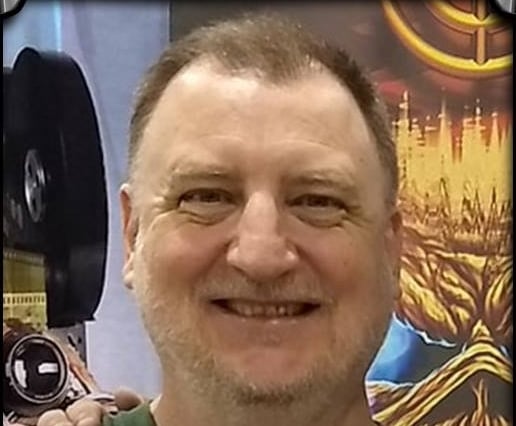 Monsterpalooza features over 450 exhibitors, monster museum, makeup demos by the best in the business, celebrity guests, presentations and much more all weekend.

Tickets are available now at this location.

Riggs is behind one of the most recognizable characters in all of heavy metal, IRON MAIDEN's mascot Eddie. He has created some of the most complex album covers of all time with precision and a painterly flair.

In a 2012 interview with Classic Rock magazine, Riggs was asked where the inspiration for IRON MAIDEN's "The Number Of The Beast" artwork came from. "The manager phoned me up and said they wanted a picture for a single cover that was about the devil and witchcraft and was called 'Purgatory'," he said. "There was a Doctor Strange comic which had some big villian with Doctor Strange dangling on some strings like a puppet; it was something I read as a child back in the 1960s, I think. The picture came to mind right away. I thought I could do a very effective heaven-and-hell thing using Eddie. Most of those hell backgrounds were taken from my knowledge of medieval European Christian art which was full of such scenes.

"They phoned me up on the Friday night and they wanted the picture by Monday morning, so I only had two days to get the whole thing finished," he continued. "So I had to work for two days and nights without any sleep to get it done on time. Because of the tight deadline, I had to use a kind of shorthand for all the figures. I had to get them in but I didn't have time to paint them. So I drew layers of black silhouettes with a pen and separated them with layers of airbrushed mist to try to give the picture some depth. It was quite a fast way to do it so I managed to get quite a few in there. I even got an H.R. Giger alien in there as well." 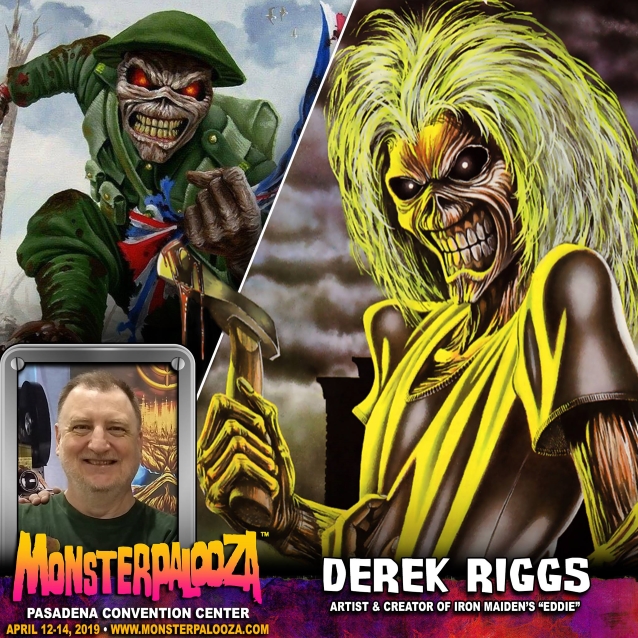