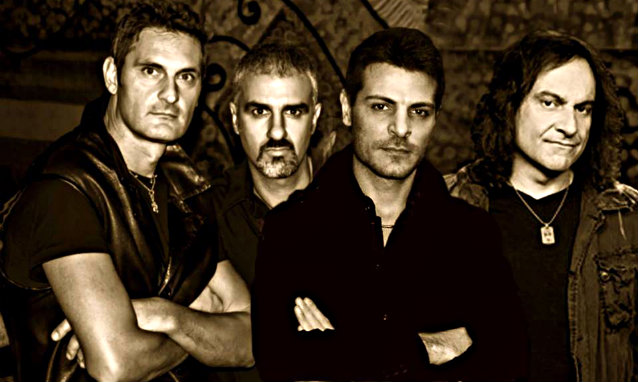 The resulting style of "R-evolution" is a combination of the band's original doom metal vision, including references to the sounds of CANDLEMASS and BLACK SABBATH, mixed with the uplifting influences of classic and power metal. There's drama and poerty in the superb vocals and lyrics, while the soundscape is epic and moving. Finally, of course, the drumming of Vinny Appice adds a further dimension of undeniable quality.

The relationship with Vinny Appice was forged when in 2006 both Andy Menario and Marco R. Capelli worked with the drummer on the POWER PROJECT, which also featured Carl Sentance (ex-KROKUS), Carlos Cavazo (ex-QUIET RIOT), and Jeff Pilson (ex-DOKKEN).

"R-evolution" will be released physically in Europe, and digitally worldwide. A pre-order package will be available from January 10.

The CD was mixed and mastered at Antfarm Studio in Denmark by Tue Madsen (THE HAUNTED, MNEMIC, HATESPHERE, EKTOMORF). The drums were recorded at Freedom Studio in the U.S. by Thomas Le Blanc.