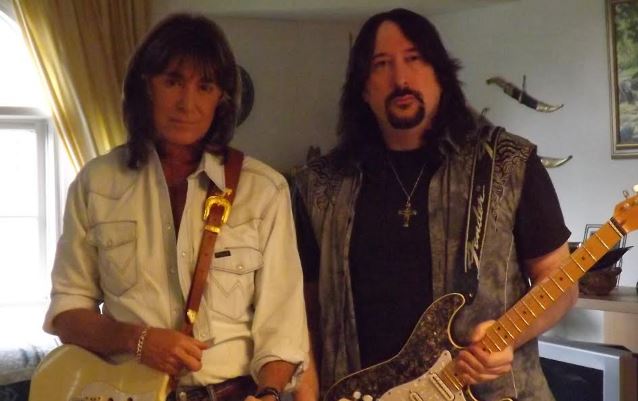 Legendary guitarist Punky Meadows from the '70s band ANGEL has a brand new solo album in the works, with shows and a possible tour to follow.

Punky has not released any music in the 35 years since the breakup of ANGEL in 1980 and says he has found a new passion and is really excited about the new project, to be released via Mainman Records.

Punky recently teamed up with friend Danny Anniello (a.k.a. The Farrow of LORDS OF MERCY), with whom he has been collaborating and writing together for the past few months, with plans to start recording the new CD at the end of May. Danny says: "Punky is on top of his game and has never sounded better. The songs are coming along great and we will not let the fans down."

You can hear a brand new interview with Punky and Danny this Easter Sunday, April 5 between 8:00 p.m. and 10:00 p.m. on the "Electric Ballroom" show with host Keith Roth on 95.9 THE WRAT. The stream will be available to listeners workdwide by going to the station's web site and clicking on "Listen Live" in top right.