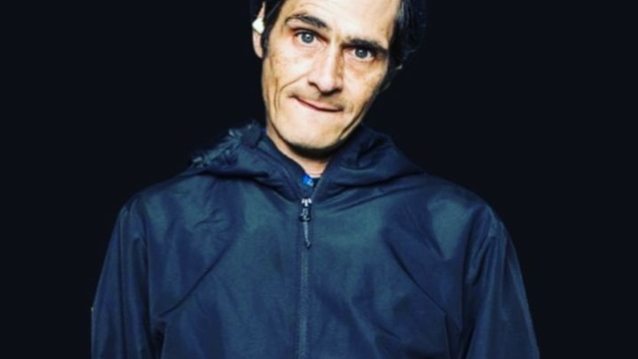 Singer Eddie Sutton of the legendary New York hardcore/metal act LEEWAY is battling stage three adenocarcinoma, an aggressive form of lung cancer. A GoFundMe campaign has been launched to help Eddie deal with the cost of treatment.

A post on the GoFundMe reads: "This campaign is a beginning to help Eddie cover some of his costs and expenses as he fights Stage 3 Adenocarcinoma. This is a form of lung cancer that can be aggressive and spread to other parts of the body, but we've already started scheduling chemotherapy at the end of the month because the sooner we bring the fight the better."

Eddie said: "I spent a full week in the hospital getting all tests necessary and the doctors feel this can be treated. They at first found a malignant mass on the top part of my right lung which is the culprit that caused me pain for over 2 weeks before I walked into an ER…I didn't have any healthcare at the time I'm now trying to acquire state healthcare (Medicaid) because this is going to be expensive even with healthcare.

"I need the help of my friends and family more than ever and I hope each of you know how much this means to me. I have a lot to look forward in life still and I don't want to leave this world in such a condition.

"My love and respect to you all and thank you from the bottom of my heart for your support".

Formed in 1984 by Sutton and guitarist A.J. Novello, LEEWAY has released four studio albums — "Born To Expire" (1989), "Desperate Measures" (1991), "Adult Crash" (1994) and "Open Mouth Kiss" (1995) — and broken up and reformed several times over the years. Despite never achieving notable commercial success, LEEWAY is considered to be an integral part of the 1980s New York hardcore and crossover thrash scenes.