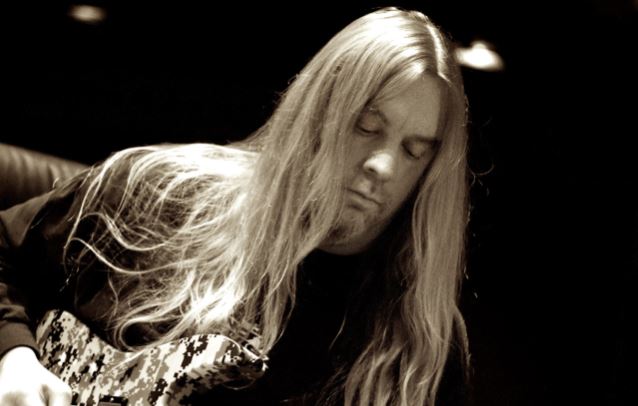 The January 2016 issue of Guitar World magazine (on stands now) has an exclusive feature regarding the reactivation of famous guitars owned by SLAYER's late axeman Jeff Hanneman.

Following Hanneman's death in 2013 from liver failure, his widow, Kathryn, put several of his guitars up for auction, with proceeds benefitting one of Hanneman's favorite charities, the Wounded Warriors Project. After hearing of the auction, BROKEN HOPE guitarist Jeremy Wagner got in touch with Kathryn and purchased four of the guitars for an undisclosed sum. ($12,000 was the original asking price for each guitar in the auction.)

Wagner is currently composing music for a new BROKEN HOPE record, their second since reuniting a few years back, and he's doing it using only guitars that were previously owned and played by Hanneman himself.

"Riffs are just flowing out of me." states Wagner in the exclusive interview with Guitar World. "I feel a real responsibility to Jeff and to Kathryn to use these guitars in a way that honors him. As long as I own these guitars, I will use them and carry on Jeff Hanneman's legacy. He remains a huge influence to me, and I probably wouldn't be here as an extreme metal guitarist/lyricist without him."

Get your copy of Guitar World here for the full story.

BROKEN HOPE is currently in pre-production for its seventh, as-yet-unnamed studio album, due out for release in 2016.

Jeff Hanneman died from alcohol-related cirrhosis of the liver. He is credited for writing many of SLAYER's classic songs, including "Angel Of Death" and "South Of Heaven".

The guitarist, who passed away in Los Angeles on May 2, 2013, had actually not been playing with SLAYER for more than two years since he contracted necrotizing fasciitis, also known as flesh-eating disease, from a spider bite in his backyard in January 2011. The infection ravaged the flesh and tissues of Hanneman's arm, leading to numerous surgeries and skin grafts that forced him into semi-retirement. 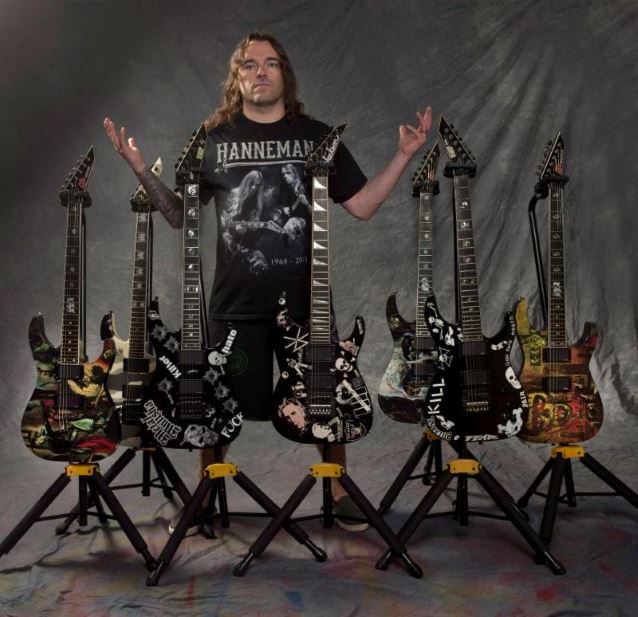