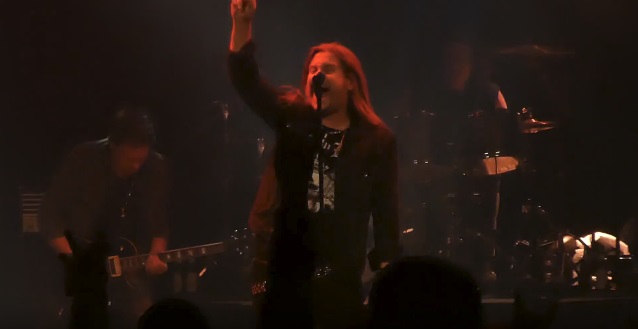 Fan-filmed video footage of LAST IN LINE's November 3 performance at Sherman Theater in Stroudsburg, Pennsylvania can be seen below.

LAST IN LINE singer Andrew Freeman last week confirmed to Tigman of the Q103 radio station in Albany, New York that the band has commenced work on the follow-up to its acclaimed 2016 debut album, "Heavy Crown". "We're in the process of recording a new record," he said. "We have about six songs completed and probably about fourteen ideas altogether that we've been working on and just kind of weeding through 'em. It's supposed to come out next year. We're supposed to have it finished by January, so some time next year it'll be out. And we're looking forward to getting it out."

Drummer Vinny Appice, guitarist Vivian Campbell and bassist Jimmy Bain were part of the original DIO lineup which reunited in 2012 alongside Freeman to launch LAST IN LINE.

"We've all become really good friends," Andrew told Q103. "It kind of started as a little bit of a tribute, in a sense. Those guys wanted to play the songs that they wrote. Vivian's been with DEF LEPPARD for over twenty years now. [Vivian, Vinny and Jimmy] hadn't played together in really a long time, so they wanted to get back together and do something. So we started playing the old songs, and then it just turned into this other thing where we did a record last year, and the record actually sold units and charted on Billboard. And it's become a whole another thing now — it's like a new original band that throws back, with an old catalog of big hits."

As for LAST IN LINE's long-term plan, the singer said: "We don't really have one. It's just kind of… We just go with what we feel. If it makes sense to do it, then we'll do it."

Bassist Phil Soussan joined LAST IN LINE last year as the replacement for Bain, who passed away in January 2016 at the age of 68. He was reportedly suffering from lung cancer at the time of his death.

Campbell recently told Ultimate Classic Rock that the new LAST IN LINE songs were a progression from the debut. "Some of the arrangements for these ideas that are in play at the moment, I would say they're a little more complex than what's on the first record," he said. "But it's really starting to take shape as a band, and we do very much try to write as a band. That's how we did the first record with LAST IN LINE — we'd just get in there and kick around ideas. A lot of times, stuff would come out of nothing.

"I've always said that I've been fortunate to play with so many great musicians and so many great drummers over the years, but Vinny inspires me like no other," he continued. "There's just times when we go in to write when I kind of feel like I don't have any solid ideas that I can bring to the party. Vinny will just play a beat, and he plays with such great intent. It just kind of inspires me. Frequently, we'll come up with ideas, just because of a groove that Vinny's laying down. It is very uplifting, I've got to say." 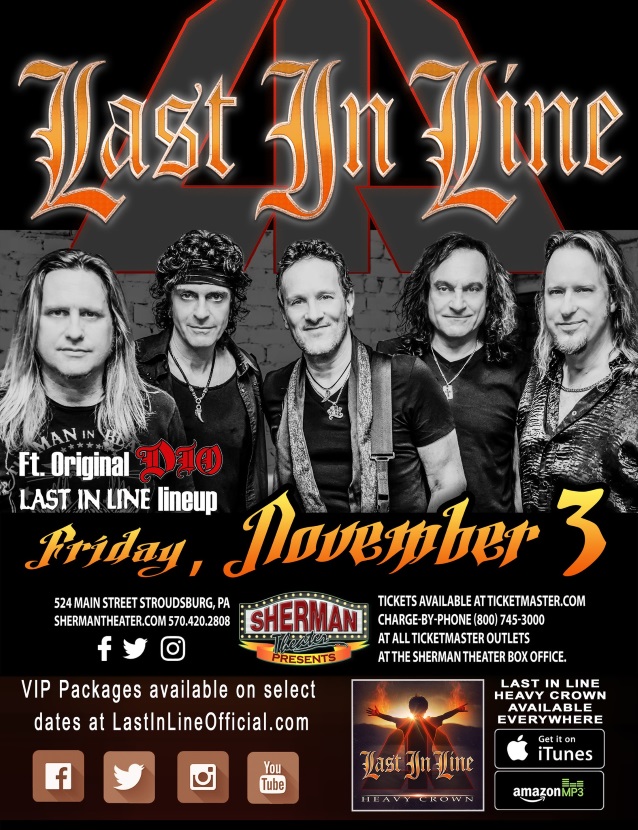