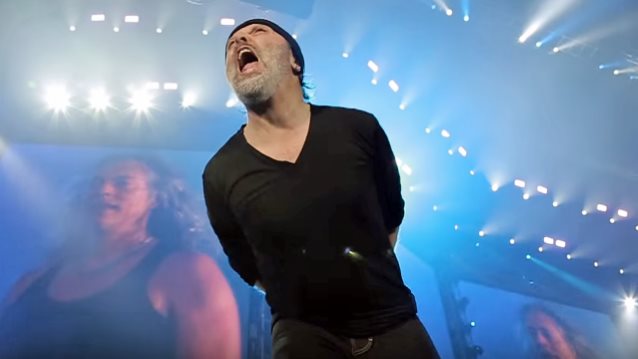 METALLICA drummer Lars Ulrich told Rolling Stone about the tour: "Full stadium runs can sometimes be a little intimidating. There's all these things to worry about like, 'You should really try to play maybe only on the weekend,' and, 'Where do you play on Tuesday?' and some of those practicalities can get a little bewildering. We just threw caution to the wind. Doing a stadium run seemed like the perfect thing on the back of how well this record has been received and all the good will that's out there in METALLICA's world right now."

Ulrich also talked about what fans can expect the "WorldWired" stage production, saying: "You want to make the shows into events. We've got a few things, obviously, that are tied into the record and a few different bits and tugs that's gonna make it fun."

"We've got a couple of things up our sleeves," he continued. "I don't want to give it all away, but we're playing a few stadium shows in Mexico in about two weeks' time, and we're gonna be using what we did up in Minneapolis as the springboard. It's about size and spectacle, but there's a little bit of a minimalist approach to it."

Without going into details, Ulrich said that the new METALLICA production will see the band "very exposed" and promised that the experience will consist of far more than "someone plopping a stadium stage at the end of a stadium."

"It's big and it's just fucking crazy and overwhelming and there are a few bells and whistles that are gonna make it unique," he said.

Meanwhile, METALLICA bassist Robert Trujillo told The Pulse Of Radio the new tour makes it feel as if the band is proving itself all over again. "It feels like there's a new beginning, and in a way we're challenged 'cause we're winning people over with new music and new production, you know, new show," he said. "You know, we're blessed and we understand that and we work hard to hopefully provide the best concert experience we can."

Each ticket purchased will come with a copy of METALLICA's new album, "Hardwired… To Self-Destruct", available as a physical CD or a digital download. Various VIP packages are up for sale as well. 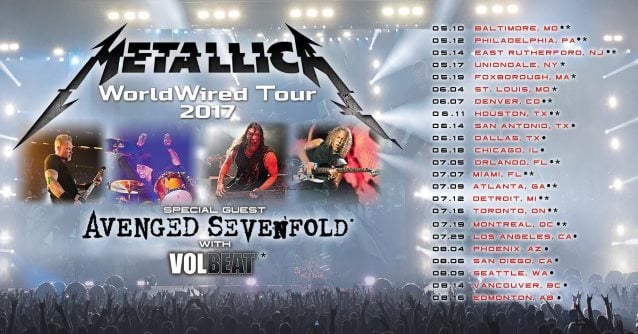