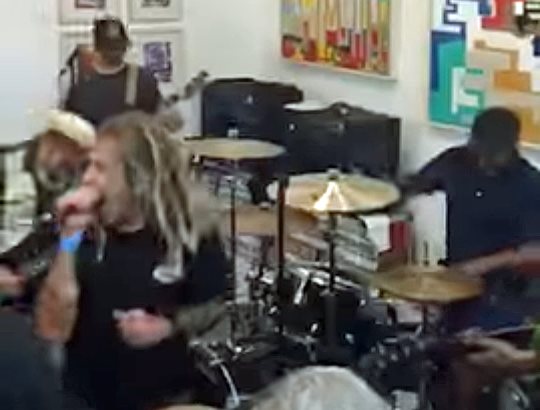 The "Mind Power" art show at Okayplayer's Okay Space in Williamsburg saw Darryl joined by his bandmates Paul "H.R." Hudson, Gary "Dr. Know" Miller and Earl Hudson — along with keyboardist Jamie Saft and guitarist Chogyi — for a short performance consisting of "Jah Love", "Youth Are Getting Restless" and "Re-Ignition".

After H.R. left the stage, LAMB OF GOD frontman Randy Blythe took over on vocals for "Big Take Over" and "Banned From D.C." His high-energy delivery was followed by the surprise appearance of BAD BRAINS' original singer Sid McCray, who finished out the set with a low-key version of "Regulator".

Check out photos at OkayPlayer.com.

H.R. underwent a successful brain operation in February to alleviate the excruciating pain associated with the SUNCT headaches the singer has endured over the past ten years, caused by a blood vessel pressing into the trigeminal nerve that is primarily responsible for transmitting sensations from the face to the brain.

A book about H.R.'s life, titled "Finding Joseph I: An Oral History Of H.R. From Bad Brains", was recently released via Lesser Gods. There was also an accompanying documentary, "Finding Joseph I", directed by James Lathos and produced by Small Axe Films with executive producer Jay Mohr.

Dr. Know is still recovering from near-fatal cardiac arrest in 2015 in which he suffered multiple organ failure and was on life support. 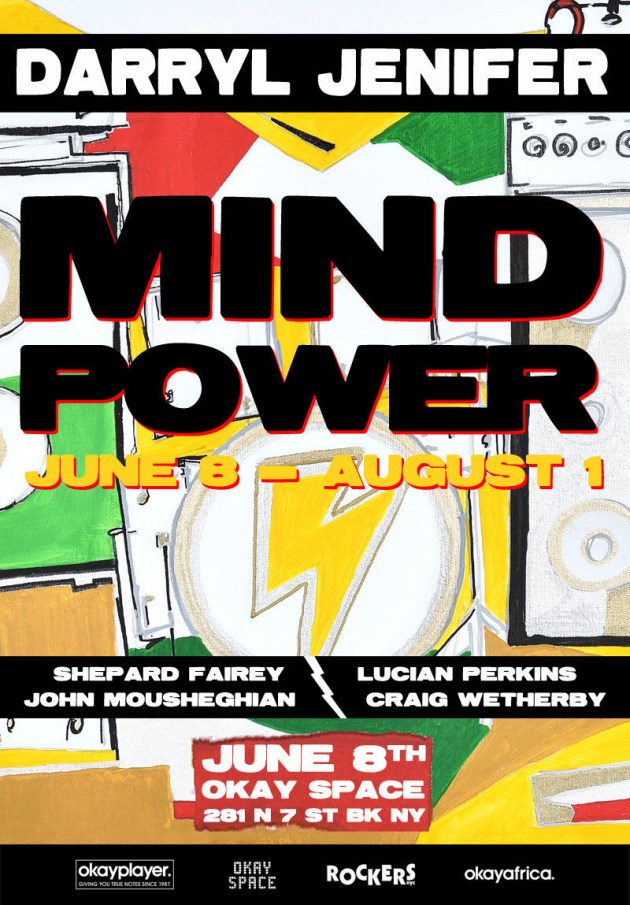