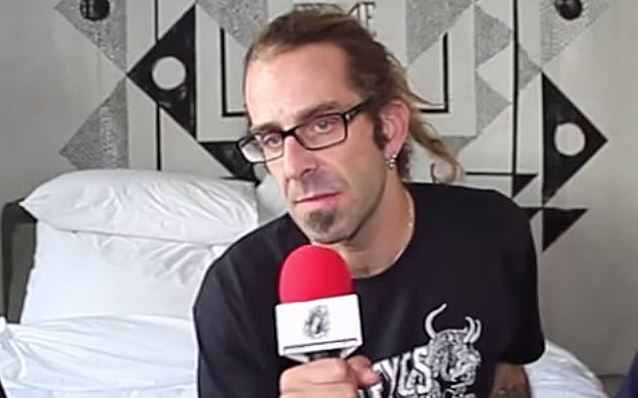 LAMB OF GOD singer Randy Blythe was interviewed for a bonus feature of the third episode of the "No Limits Music Show". During the chat, Blythe revealed that he rarely listens to heavy metal music, explaining: "If you look at the history of heavy metal, and where metal is now, all of the aggression, all of it comes from punk rock — all of it! It didn't come from heavy metal; it came from punk rock. If you look at the evolution of METALLICA, MEGADETH, SLAYER… all these bands. What were they listening to? BLACK FLAG, the MISFITS… all this stuff. You look at their t-shirts — that's where it comes from. The technicality of metal comes from metal."

Despite the fact that he has little interest in listening to metal music, Blythe acknowledged in a recent interview with VH1.com that LAMB OF GOD is "just a metal band." He added: "Much to my chagrin, we're a metal band. I wanted to be in a punk rock band back in the day. I thought I was gonna be the Johnny Rotten of the South. Somehow, I ended up in a freaking metal band. It's what we do. I did music for the ballet, and I'm sure I'll do another band eventually that's not heavy metal, but LAMB OF GOD is just metal. It's just what we do."