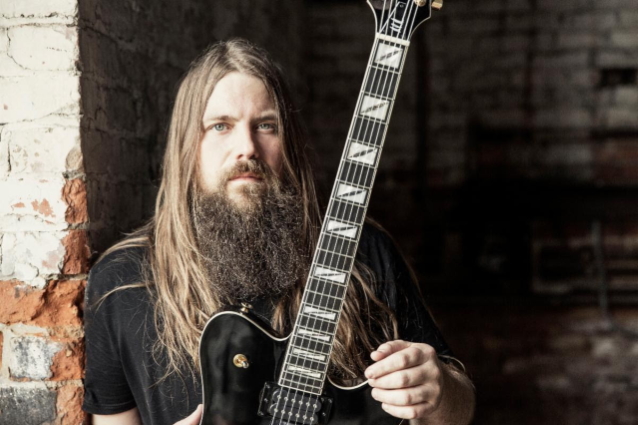 LAMB OF GOD's Mark Morton has paid tribute to Eddie Van Halen, who died earlier today (Tuesday, October 6) at the age of 65. The legendary VAN HALEN guitarist's death was confirmed by his son, and VAN HALEN bassist, Wolfgang Van Halen.

Morton said in a statement: "Edward Van Halen is the world's greatest guitar hero. Pushing the limits of technical ability, innovation and style, Eddie single-handedly set the standard of what rock guitar playing was for his own generation and the ones that followed. His impact was not confined solely to the mastery of guitar. As a songwriter, Edward's pop sensibility and song craft propelled his band VAN HALEN through decades of worldwide, chart-topping success, weathering extreme shifts in popular music trends. His impact on rock music cannot be measured.

"Eddie Van Halen is the sole reason I ever dreamed of playing guitar. Literally millions of people all over the world have found a passion for music through his work. I am grateful to have been one of them.

"Eddie Van Halen will be loved and celebrated forever."