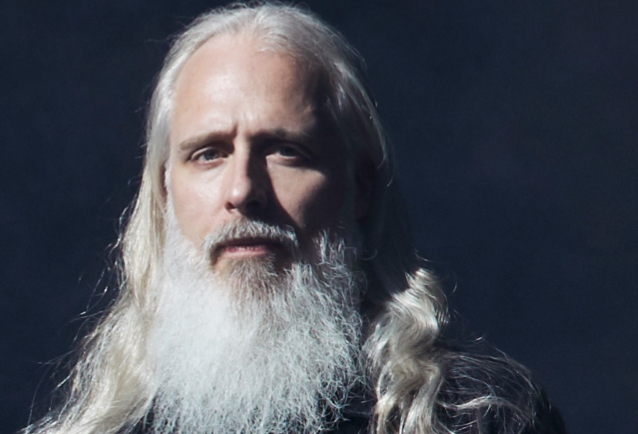 In a new interview with Heavy New York, LAMB OF GOD bassist John Campbell reflected on the mid-1980s "crossover" between heavy metal and punk.

During the early-to-mid-1980s, the overlap between hardcore punk and heavy metal was non-existent and for a period of time, the two scenes could not peacefully coexist. By the time the lines between the two musical genres started to blur, the metal fans and the punks realized they had more in common than they thought.

"Back when I was a kid, heavy metal and punk were, like, there was a line drawn," Campbell said (hear audio below). "And if you liked metal, you didn't listen to punk. If you liked punk, [your attitude was] 'fuck metal.' And there is a band — D.R.I., I think, had a record called 'Crossover' and SUICIDAL TENDENCIES started going heavier with metal, and there was this moment in time where they just kind of came crashing together, and eventually got down with each other. And I think now people can appreciate both sides of that spectrum. But back when we were kids, that was like oil and water — they did not mix."

The 47-year-old Campbell went on to say that there was one clear distinction between the two musical styles that still holds true today. "I think the difference being is in heavy metal, talent trumps passion, and it's the opposite in punk rock," he explained.

LAMB OF GOD will release its new, self-titled album on June 19 via Epic Records in the U.S. and Nuclear Blast Records in Europe. The follow-up to 2015's "VII: Sturm Und Drang" marks LAMB OF GOD's first recordings with Art Cruz, who joined the band last year as the replacement for the group's founding drummer, Chris Adler.