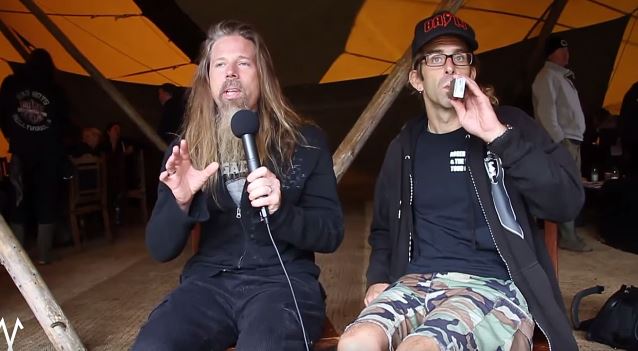 LAMB OF GOD drummer Chris Adler and singer Randy Blythe were recently asked by The Cut: If you could go back in time and give your younger self some advice about the industry, what advice would that be? Watch their response below.