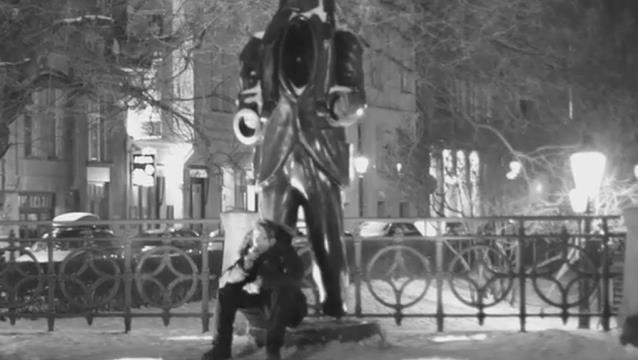 Vocalist Randy Blythe of Richmond, Virginia metallers LAMB OF GOD has uploaded a short film called "Prague: The Devil Is The Details", which he shot earlier this year while he was on trial for manslaughter in the Czech Republic in connection with the death of a fan more than three years ago.

In a posting on his Randonesia blog, Blythe stated about the film: "This is a movie I made in Prague during my trial. I filmed the footage with a Canon EOS 60D, edited it with Final Cut Pro X, and wrote the music using Reason.

"I wanted to release a slightly different version of the film right before my judgement was rendered by the court (the very last shot in this version was not there until after I was pronounced innocent). My idea was to show my mind set through film and music during the process of my trial, and have a more ambiguous ending heading into my final day in court.

"I did not know what was going to happen to me, only that I felt I was doing the right thing by being there. Working in a creative capacity during the trial helped me to remain calm — it is what I know how to do, so I wanted to share it with people.

"I showed the clip to my lawyer and he advised against releasing it until after the trial was over, thinking the authorities might not understand what I was trying to say with the movie. It is all over now, so here is my poor attempt to try and create art in a time of great personal uncertainty.

"Note: the Devil plays an important part in Czech fairytales, and marionettes are a bit of Czech folk culture I came to love while I was there — the marionette hangs in my study now.

"Prague: The Devil Is The Details" can be viewed at this location.

Prague, Czech Republic's High Court upheld Blythe's "not guilty" verdict on June 5 in connection with the aforemention death. The court's decision is final.

Blythe was facing the possibility of conviction and a long-term jail sentence after a May 2010 incident in which Daniel Nosek, who attended a LAMB OF GOD performance in Prague, died almost a month later, allegedly from injuries sustained when he was thrown off the stage.

Though Blythe faced up to 10 years in prison, during the closing argument, prosecutors only asked the judge for the minimum sentence of five years. 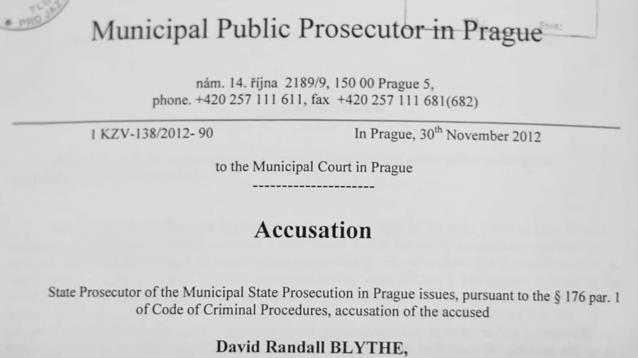