The special 10th-anniversary edition of LAMB OF GOD's "As The Palaces Burn" album has sold around 6,400 copies in the United States in its first week of release to land at position No. 64 on The Billboard 200 chart.

"As The Palaces Burn" has shifted 270,000 units since its May 2003 release, according to Nielsen SoundScan.

LAMB OF GOD drummer Chris Adler commented: "We are lucky to have the opportunity, a decade after our first attempt, to bring what I consider to be our master work up to speed sonically.

"The songs are undeniable and we've always been very proud of how this album launched our career. It feels appropriate to revisit now that we can and give this very special album the chance to reach our original hopes and its true potential."

The "Vigil" video can be seen below. The clip was directed by Don Argott and edited by Demian Fenton, the team responsible for the forthcoming LAMB OF GOD feature film "As The Palaces Burn", which is scheduled for a worldwide theatrical release in February 2014. 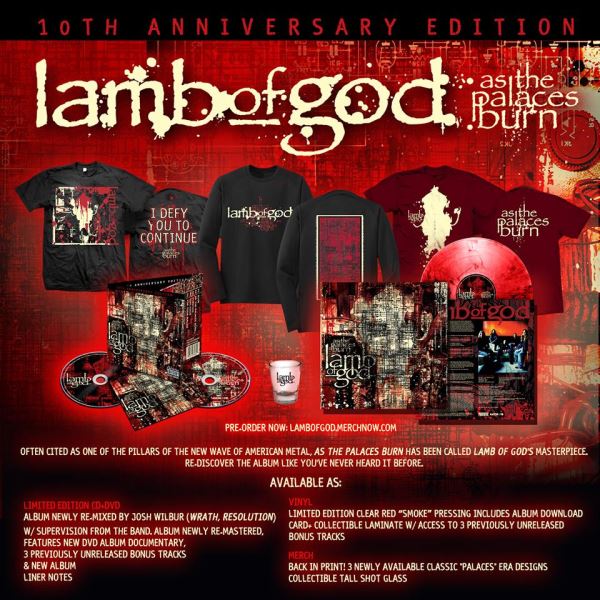