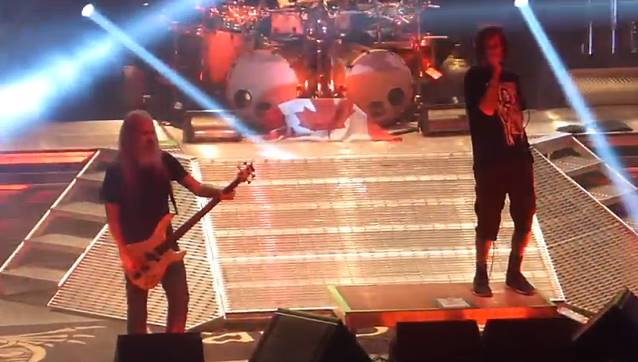 Fan-filmed video footage of LAMB OF GOD's October 24 performance at at Metropolis in Montreal, Quebec, Canada can be seen below.

LAMB OF GOD will release a special 10th-anniversary edition of its "As The Palaces Burn" album on November 11.

LAMB OF GOD drummer Chris Adler comments: "We are lucky to have the opportunity, a decade after our first attempt, to bring what I consider to be our master work up to speed sonically.

"The songs are undeniable and we've always been very proud of how this album launched our career. It feels appropriate to revisit now that we can and give this very special album the chance to reach our original hopes and it's true potential."

To order "As The Palaces Burn" 10th-anniversary edition, go to this location.