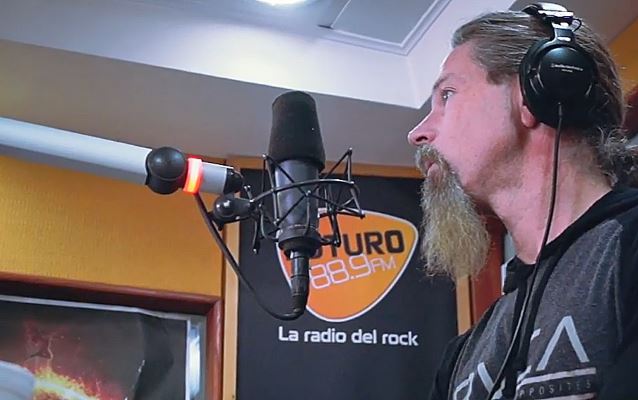 LAMB OF GOD drummer Chris Adler has weighed in on the 2016 presidential election, offering criticism of both major party nominees Hillary Clinton and Donald Trump and saying that the decision is likely to come down to what some consider the lesser of two evils.

During a brand new interview with Chile's Radio Futuro, Adler stated (see video below): "The history of the tie-ins that Hillary has, I think that's a very scary thing. It seems like the Clintons and the Bushes have been running the United States into the ground for the last thirty years. But the [other] option is another North Korea option. [Editor's note: Adler is presumably referring to comparisons between Trump and North Korean supreme leader Kim Jong-un.] So it seems like you can't really win."