Richmond, Virginia metallers LAMB OF GOD have announced their next U.S. headline tour, which kicks off Saturday, April 30 and features support from renowned rockers CLUTCH and hardcore/metal veterans CORROSION OF CONFORMITY. Throughout the tour, LAMB OF GOD will perform at several festivals, including Bonnaroo, Rock On The Range, Carolina Rebellion, Welcome To Rockville and Rock 'N Derby.

A special BLABBERMOUTH.NET presale will take place on Tuesday, February 9 from 2:00 p.m. until Thursday, February 11 at 10:00 p.m. local time. When prompted, type in the presale code "LOGBBM" to access tickets before the general public.

"The title 'Psychic Warfare' is taken from the track 'X-Ray Visions'," stated singer Neil Fallon. "It's a tale about an unnamed protagonist who is forced to seek refuge in a flop house motel. He is hiding from several nefarious psychic forces, the worst of which is his own sleep-deprived paranoia."

The four-piece version of CORROSION OF CONFORMITY — featuring Pepper Keenan on guitar and vocals — recently inked a deal with Nuclear Blast Entertainment. The band will enter the studio late this winter/early spring with longtime producer John Custer. Custer has recorded such C.O.C. classics as "Deliverance", "Wiseblood", "America's Volume Dealer" and "In The Arms Of God". The as-yet-untitled-album will mark CORROSION OF CONFORMITY's studio reunion with Keenan and the Pepper-fronted version of C.O.C.'s first full-length record since 2005. A fall 2016 release is expected. 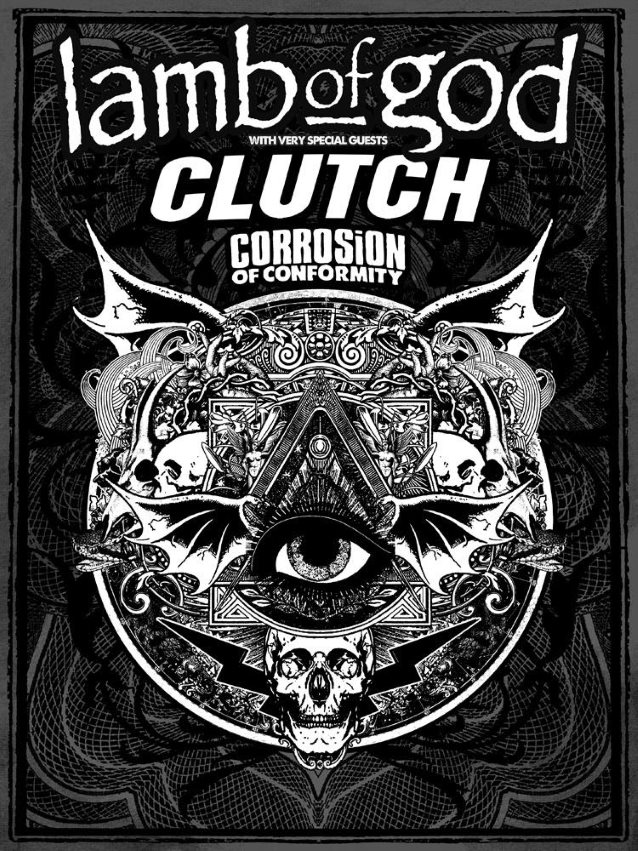