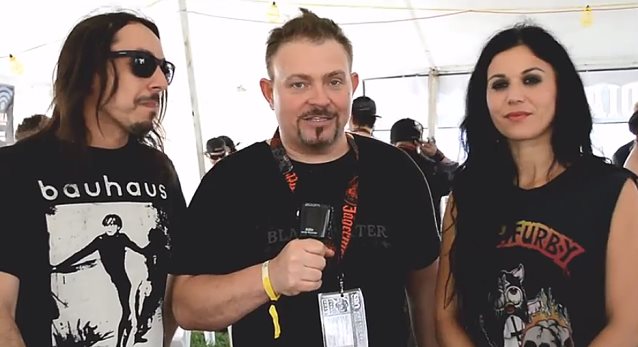 SROmaginc.com conducted an interview with singers Andrea Ferro and Cristina Scabbia of Italian heavy rockers LACUNA COIL at this year's Rocklahoma festival, which was held May 23-25 at "Catch the Fever" Festival Grounds in Pryor, Oklahoma. You can now watch the chat below.