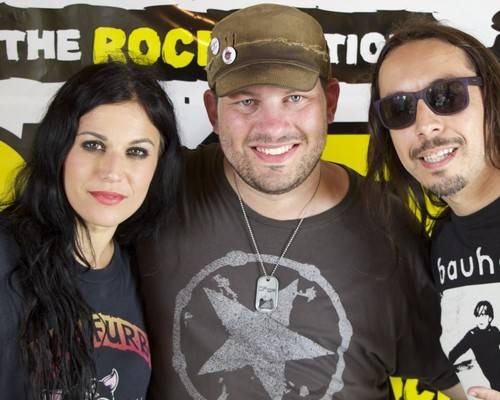 Joey Irsik of "The Rock Cow" conducted an interview with singers Andrea Ferro and Cristina Scabbia of Italian heavy rockers LACUNA COIL at this year's Rocklahoma festival, which was held May 23-25 at "Catch the Fever" Festival Grounds in Pryor, Oklahoma. You can now listen to the chat using the SoundCloud widget below.