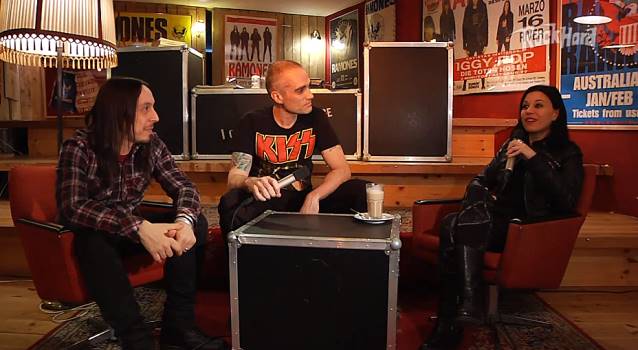 Germany's Rock Hard magazine recently conducted an interview with vocalists Andrea Ferro and Cristina Scabbia of Italian heavy rockers LACUNA COIL. You can now watch the first part of the chat below.