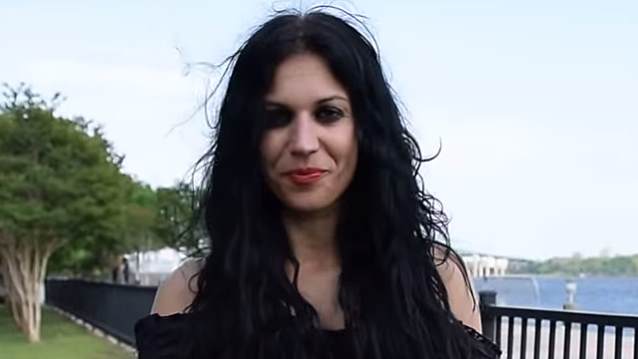 Backstage VIPs magazine conducted an interview with singer Cristina Scabbia of Italian heavy rockers LACUNA COIL at the Welcome To Rockville festival at Metropolitan Park in Jacksonville, Florida on April 27. You can now watch the chat below.

The original video and image can be found here.