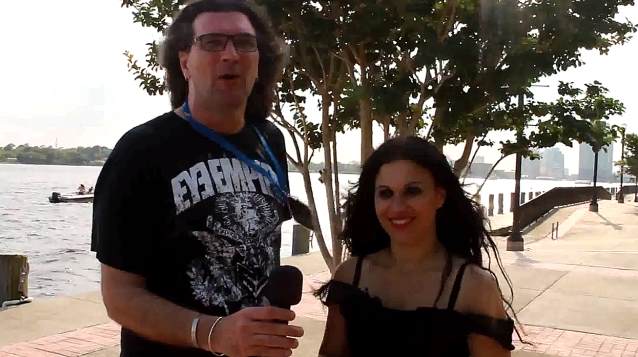 Sid Starling of SROmaginc.com conducted an interview with vocalist Cristina Scabbia of Italian heavy rockers LACUNA COIL on April 27 at the Welcome To Rockville festival in Jacksonville, Florida. You can now watch the chat below.

"I Forgive (But I Won't Forget Your Name)", the new Sitcom Soldiers-directed video from LACUNA COIL, can be seen below. The song is taken from the band's latest studio album, "Broken Crown Halo", which registered the following first-week chart positions: