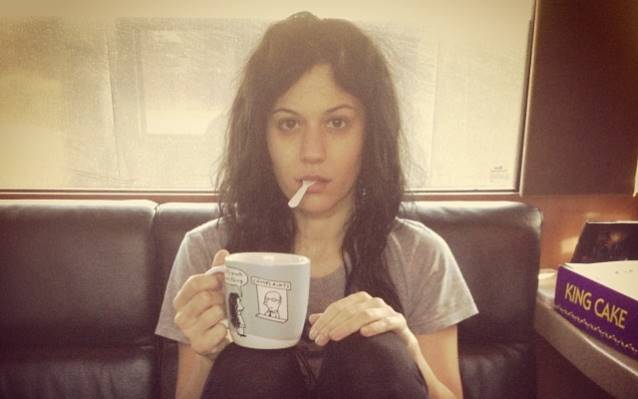 "This thing about the hottest chick, it's been following me around since 2007," she said. "That's when I was on the cover of Revolver [magazine] for the first time.

"In one way, it's frustrating, because I'm still a singer, I'm not a model ... but I can't deny it's flattering. It's not a bad thing that they consider you a good-looking woman. ... A lot of people stay there all the time, but when they hear me singing, the problem goes away."

She added: "I don't really look at myself as a hot chick at all. I really feel like a tomboy. I have a lot of doubts about what the word 'hot' means. It's so much more behind the look that's attractive to me. Just looking at a picture of someone hot, what does that mean? That they look hot naked? That I would have sex with this person? It's a question mark. ...

"(In photo shoots) they never showed my boobs. I never went out half naked. That means I can communicate hotness in a different way, and that makes me proud.

Asked what it's like being the only female on a tour bus, Cristina said: "I'm a little bit of a tomboy. I'm constantly with the guys in a tour bus, 24 hours a day for months.

"I never saw myself as a girlie girl; that might be the key...

"The only privacy you have is in your bunk.

"It's a tough one. You just need to have it in your blood as a lifestyle. It's much more than, 'Ooh, you're going out to play for a lot of people. Must be cool.' There's a lot of sacrifice, especially since we're not making millions. We're struggling, too."