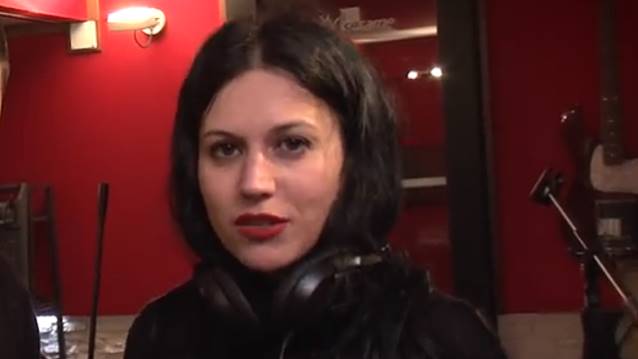 Singer Cristina Scabbia of Italian heavy rockers LACUNA COIL was interviewed on the April 11-13 edition of Full Metal Jackie's nationally syndicated radio show. You can now listen to the chat using the Podbean widget below.