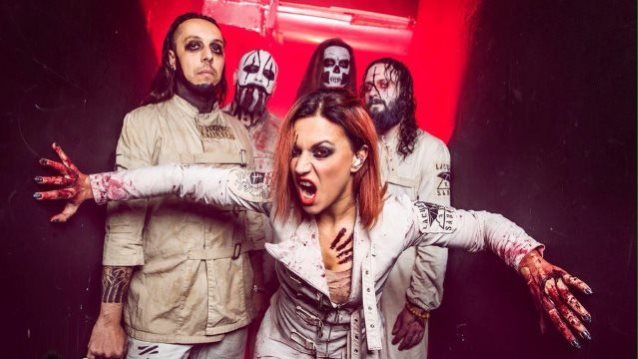 Italian heavy rockers LACUNA COIL are working on their first-ever book, titled "Nothing Stands In Our Way", to be published around the world early in 2018.

"Nothing Stands In Our Way" is described as "the full twenty-year story of the Italian gothfathers as told by the band in their own words. Illustrated throughout with rare and candid photographs, memorabilia and personal artefacts, it will see founding members Andrea Ferro, Marco Coti Zelati and Cristina Scabbia sifting through the birth, growth and full flowering of the band to tell twenty years of LACUNA COIL.

"Nothing Stands In Our Way" will be available around the world in two editions, the Classic and the limited-run Signature set. So register your interest now to be sure of getting a copy, and for the chance to have your name printed in the book.

Says LACUNA COIL singer Cristina Scabbia: "I'm so excited to share what the last twenty years of my life were made of! It has been an awesome journey so far and so much happened ,it was almost impossible to remember it all!! You all know a lot about us, but there is SO much more we never said and showed before. Now the time is right to do it. Our backstages and living rooms will open up for you all… you're welcome, coilers, come in and get comfortable… Once upon a time…"

Ferro recently told the Impact metal channel that LACUNA COIL fans will have to wait at least a couple of years for the follow-up to 2016's "Delirium" album. "Next year's gonna be twenty years of LACUNA COIL, so first we're preparing some surprises for next year, and then after that maybe we'll start working on a new record," he said. "So I don't think there will be a new record at least until 2019." 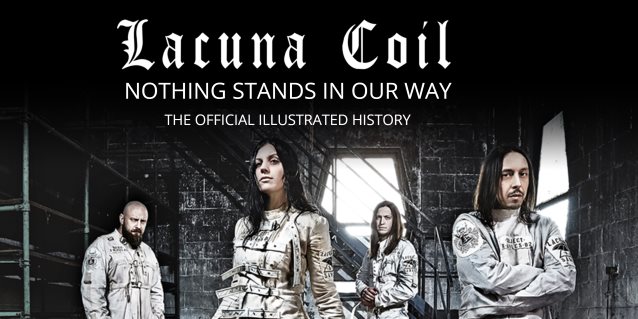