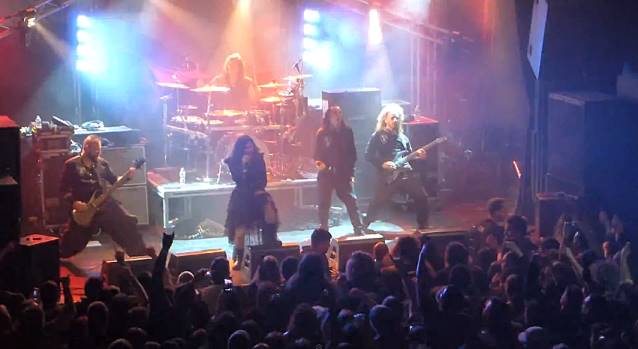 Fan-filmed video footage of LACUNA COIL's February 24 performance at Irving Plaza in New York City can be seen below.

Regarding the departures of Migliore and Mozzati, LACUNA COIL singer Cristina Scabbia told U.K.'s Metal Hammer: "It's something we announced [on February 14] but knew for a few weeks, and honestly, I feel good, because we couldn't have a better — I don't even wasn't to use the word ‘split'; that sounds like, 'Oh, we had a big fight and we don't want to see each other anymore,' she said.