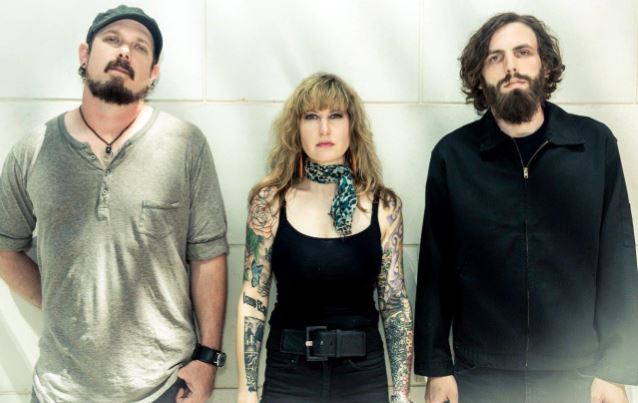 "Lost And Confused", a brand new song from Savannah rockers KYLESA, can be streamed below. The track is taken from the band's forthcoming album, "Exhausting Fire", which will be released on October 2 via Season Of Mist. The cover art for the CD was designed by KYLESA's longtime artist Shaun Beaudry.

According to a press release, "Exhausting Fire" provides a crowning example of the positive output that comes at the hands of KYLESA's incendiary and powerful yet nuanced and colorful framework. Following on the heels of the challenging "Ultraviolet" (2013) and keeping this band's tradition of artistic broad jumps that they have exhibited since forming in 2001, "Exhausting Fire" hurls even more rulebook pages out the tour van window. KYLESA further explore and incorporate psychedelic rock, new wave, space-age twangy Americana, '80s goth and death rock into their pitch-thick DIY punk/metal roots. "Exhausting Fire" easily representing the most diverse, dynamic and fully-realized work of their discography.

In writing "Exhausting Fire", the members of KYLESA found themselves culling inspirations before getting together in various permutations at various times to wade through the amassed collections of riffs and ideas stockpiled before, during and after the punishing "Ultraviolet" tour schedule. "Exhausting Fire" strikes the listener with the infinitely comfortable and confident sounding manner by which the co-vocalists emerge working as more integrative unit.

Captured at the familiar confines of the Jam Room in Columbia, South Carolina, "Exhausting Fire" witnesses the trio immersing themselves deeper into themselves and their own process by refusing to hire an outside producer to assume guitarist/vocalist Philip Cope's position. In fact, he reports having additional engineering duties dropped into his production seat, and spending more hours than ever working behind the board. In that sense, it is not difficult to take KYLESA at their word when Philip describes "Exhausting Fire" as "an album we really put our hearts on our sleeves for. We've always done that, but emotionally, it's probably the most honest and raw album we've ever done."

"No band sounds like us and we don't sound like any other band," concludes guitarist/vocalist Laura Pleasants. "After all these years of experimenting with different styles and sounds, we've really developed our own thing and I can faithfully say that we sound like us. With this album, we've successfully made a record that incorporates all the elements we've always played with into a record that works on its own." 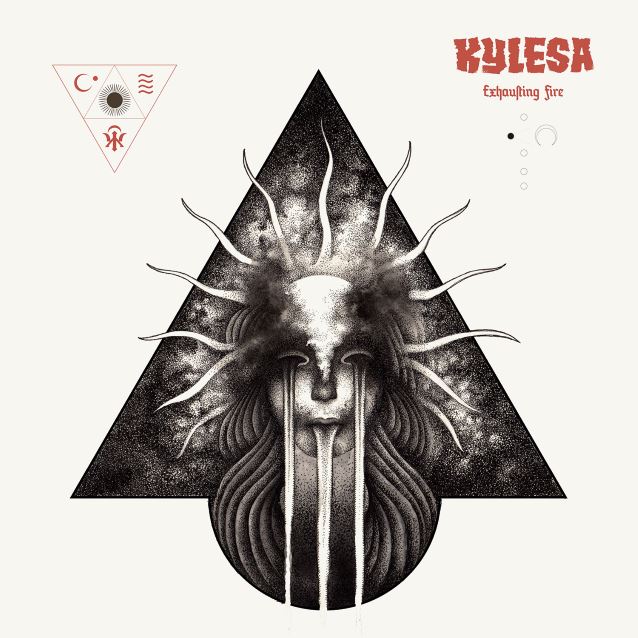