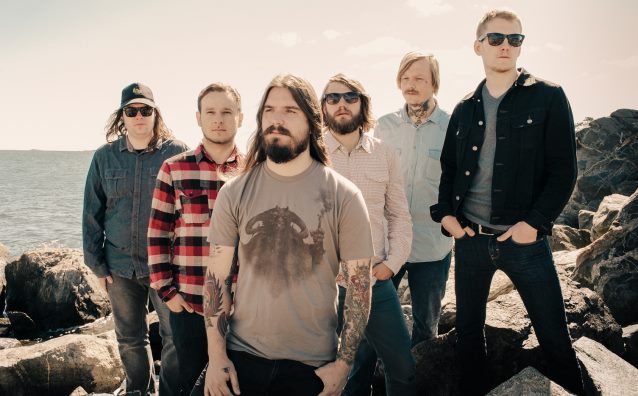 "Evig Vandrar", the new video from Norwegian rockers KVELERTAK, can be seen below. The animated clip was helmed by Torjus Førre Erfjord, who also worked on the band's video for the song "Blodtørst".

"Evig Vandrar" comes off KVELERTAK's sophomore album, "Meir", which topped the official chart in Norway. The CD, which sold 1,800 copies in the United States in its first week of release, was issued on March 26 via Roadrunner Records. It was produced by CONVERGE's Kurt Ballou and features cover artwork by John Dyer Baizley.

"It is both catchy and heavy; we're pushing our limits in both ends of that spectre. It's very varied and there are a lot of surprises in store. I mean, it's unlike anything I myself have heard before, so we even managed to surprise ourselves," said vocalist Erlend Hjelvik.