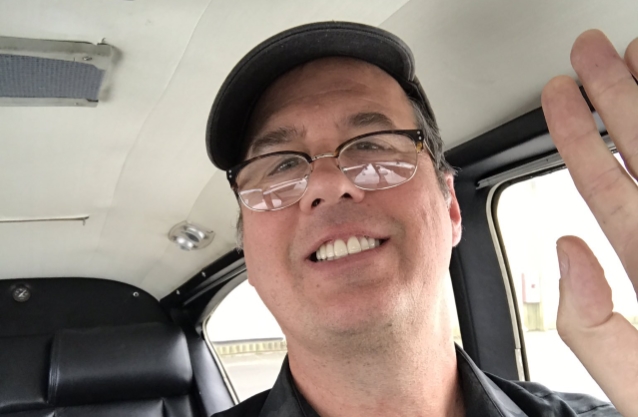 According to The Pulse Of Radio, a report by The New York Times has revealed for the first time that some 500,000 recordings by many of music's biggest artists were destroyed in a fire that swept through the Hollywood lot of Universal Studios on June 1, 2008. Among the recordings lost — many of which may have been on original master tapes — were songs from NIRVANA, SOUNDGARDEN, NINE INCH NAILS, GUNS N' ROSES, BECK, NO DOUBT, AEROSMITH, R.E.M. and more.

Former NIRVANA bassist Krist Novoselic is one of a number of Universal artists have since reacted to the story's publication and provided additional details on some of the lost treasures. Asked by a fan on Twitter if that means that the "Nevermind" masters were destroyed, Novoselic replied: "I think they are gone forever."

At the time of the fire, the coverage focused on the damage to Universal's film, TV and theme park properties, with representatives stating that most of the music kept in the vault on the lot had been moved to "our other facilities" or "digitized." The New York Times revealed, however, that more than 118,000 "assets" were destroyed, containing half a million individual recordings. Many were from famed labels such as Decca, Chess, Impulse, MCA, Geffen, ABC, A&M and Interscope.

Randy Aronson, the senior director of vault operations at the time, told The New York Times that the company priced the actual combined total of lost tape and "loss of artistry" at $150 million. The New York Times itself referred to the fire as "the biggest disaster in the history of the music business," citing internal reports, legal documents and the recollection of Aronson and others who were there.

Universal has disputed The New York Times story, saying it contains "numerous inaccuracies, misleading statements, contradictions and fundamental misunderstandings of the scope of the incident and affected assets." The company also cited its recent history of releasing high-quality reissues of many of the albums claimed to have been destroyed, adding, "Music preservation is of the highest priority for us and we are proud of our track record."

I think they are gone forever.