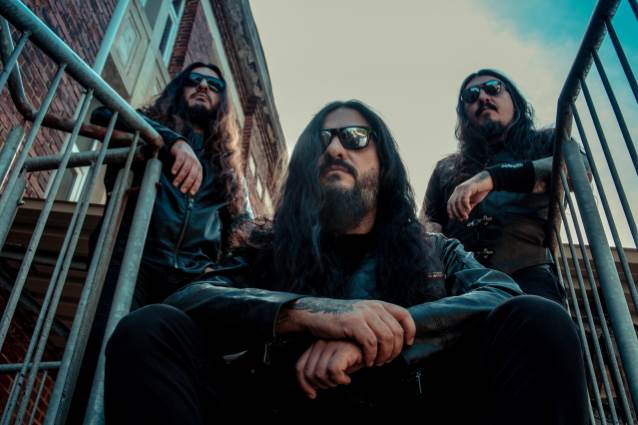 The official lyric video for the song "Demonic III" from Brazilian death metallers KRISIUN, can be seen below. The track is taken from the band's eleventh studio opus, "Scourge Of The Enthroned", which will be released on September 7 via Century Media Records. The disc was recorded at Stage One Studio (BELPHEGOR, LEGION OF THE DAMNED) in Germany with producer Andy Classen, who previously worked with the band on "Conquerors Of Armageddon", "Southern Storm" and "The Great Execution" releases. The cover artwork was created by Eliran Kantor (TESTAMENT, HATE ETERNAL, INCANTATION).

The band comments: "It's pure relentless death metal in your face, straight forward, no bullshit, uncommercial, no computer 'quantization', no editing, just the pure human feel of death metal. The 'Demonic III' are back!"

The "Demonic III" lyric video was created by Miles Skarin of Crystal Spotlight.

"Scourge Of The Enthroned" track listing:

KRISIUN is currently wrapping up touring plans in support of "Scourge Of The Enthroned" and has just announced a special release show in Essen, Germany with SULPHUR AEON on September 7.

Active since 1990, KRISIUN is one of the most ferocious death metal bands in history and belong to the most successful metal acts to have ever emerged from Brazil. 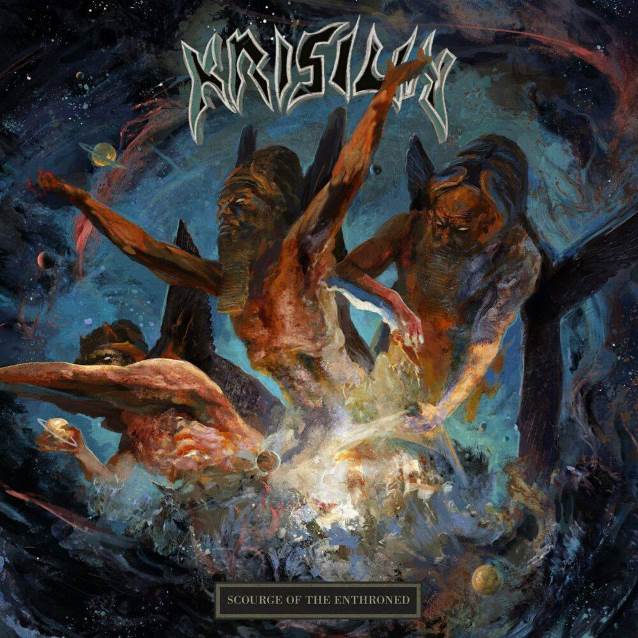