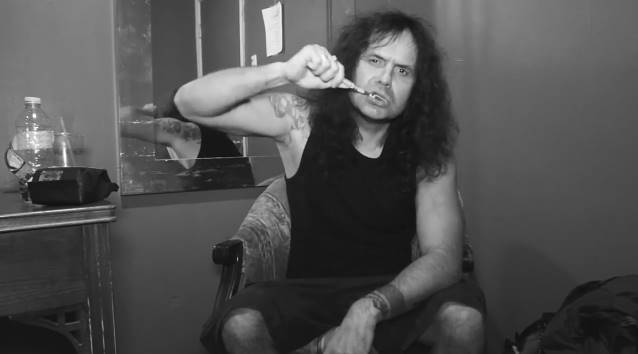 Guitarist/vocalist Mille Petrozza of German thrash metal veterans KREATOR is featured in the latest installment of the the Musician Portrait Project.

The concept of the Musician Portrait Project is to display a moving portrait of various musicians.

A new video will debut every Wednesday.

Ultimately, the collection will be displayed in galleries, with each musician on their own individual video screen.