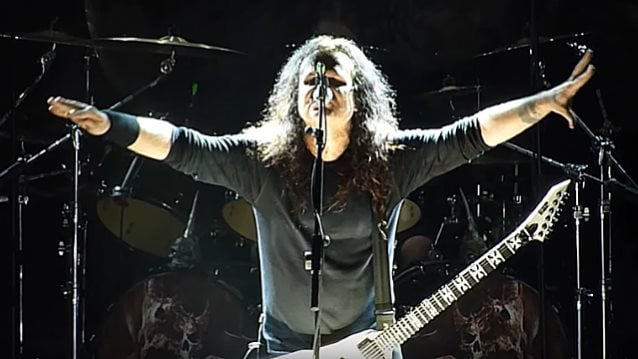 German thrashers KREATOR will reissue their first four albums from the Noise Records years through BMG this June. 1985's "Endless Pain", 1986's "Pleasure To Kill", 1987's "Terrible Certainty" and 1989's "Extreme Aggression" have all been remastered with the CD versions containing a whole host of extras: EPs, previously unheard tracks from demos and live sets. These reissues have all been curated by the band's leader, Mille Petrozza, and include rare photos, memorabilia and sleevenotes as well as re-imagined artwork. All four albums have been re-mastered from the original tapes and pressed on high-quality heavyweight vinyl, available for the first time in some 30 years!

A teaser trailer for the KREATOR reissues, featuring archive material from the era and commentary by from likes of Nergal from BEHEMOTH, Andreas Kisser from SEPULTURA and Dennis Lyxzen from REFUSED, as well as Mille Petrozza himself, can be seen below.

Formed in Essen, Germany in 1984, KREATOR is arguably the most influential and successful European thrash metal band ever. Like many of their European speed metal brethren, KREATOR fused METALLICA's thrash innovations with VENOM's proto-black metal imagery. KREATOR is often credited with helping pioneer death metal and black metal by containing several elements of what was to become those genres. The band has achieved worldwide sales of over two million units for combined sales of all their albums, making them one of the best-selling German thrash metal bands of all time. KREATOR's style has changed several times over the years, from a VENOM-inspired speed metal sound, later moving in to thrash metal, and including a period of transitioning from thrash to industrial metal and gothic metal throughout the 1990s. In the early 2000s, KREATOR returned to their classic thrash sound, which has continued to the present. 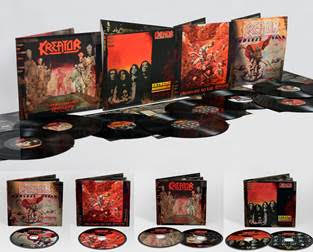