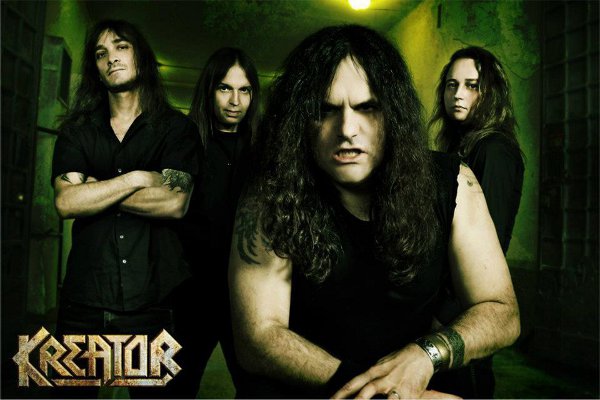 German thrash metal veterans KREATOR will embark on a European headlining tour in November/December. Support on the trek will come from VADER, ARCH ENEMY and SODOM.

Comments KREATOR guitarist/vocalist Mille Petrozza: "A lot of our European fans voiced their discontent over the fact that the band hardly does European club tours — apart from our festival shows.

"In 2013, we were mainly busy playing for our fans overseas. We want to change this now.

"In time for the reissues of 'Endless Pain', 'Pleasure To Kill' and 'Extreme Aggression' in all kinds of formats — finally on vinyl again too — we'll end the 'Phantom Antichrist' tour cycle in Europe with a massive string of shows. This will be your last chance to see KREATOR live in clubs for quite a while, because we'll be busy working on a new album in 2015 and only play carefully selected shows.

"Right now we're working on a new multimedia stage show and we'll also have a bunch of surprises in the setlist.

"Our friends of ARCH ENEMY are part of the trek to present their new album, 'War Eternal', and so will VADER and our old companions SODOM. This tour will be KILLER!!!"

* Without SODOM and VADER 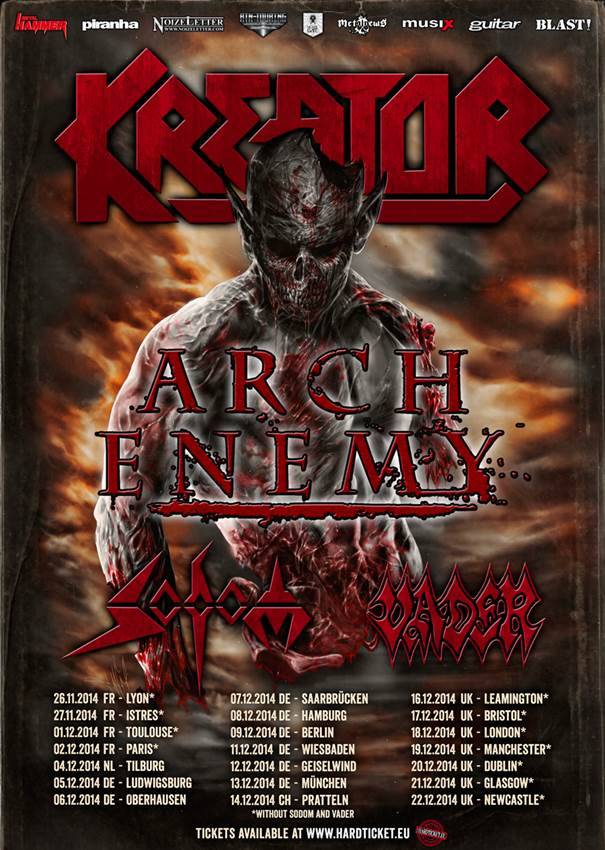