"Bringer of Light", the new promo single from black metal solo artist KORVUS, has been previewed on the project's MySpace page.

One of the more innovative acts on the UK black metal scene, KORVUS is essentially the one-man project of Sam Korvus, who, as well as being a musician, is also a producer specializing in extreme music.

KORVUS' debut album, "In the Name of Lucifer", was released in September 2007 on his own independent label, Korvus Productions.

The new promo single, "Bringer of Light", has been released to give listeners a taste of what to expect from the next album, which is currently a work in progress. The new track also features a guest appearance on vocals from C. Edward Alexander of IMPERIAL VENGEANCE, an extreme metal band with whom KORVUS has formed close ties. David Bryan, IMPERIAL VENGEANCE's bass player has, in fact, taken up bass duties in the KORVUS live lineup.

Commenting on the new track, Sam Korvus says, "The new material shows a significant progression, both musically and lyrically, since the debut album, to the extent that I see it as the introduction to a new era for KORVUS. The sound is now much bigger, faster and darker than before, while the overall theme has taken a much more realistic and sophisticated approach. I decided to release 'Bringer of Light' for streaming online to give listeners an insight to what I am working on, and what to expect from the next release."

KORVUS is currently working on material for a second full-length album, and the intention is not to self-release this time. "Self-releasing proved very successful, and was definitely a wise move for the first album, but a huge amount of work is involved in the process," says the frontman. "With the new material I want to focus purely on the creative process, so ideally I am looking to sign to a label for the next album." 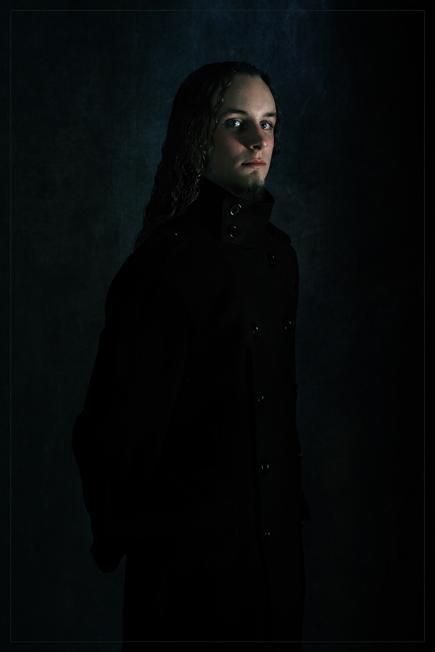