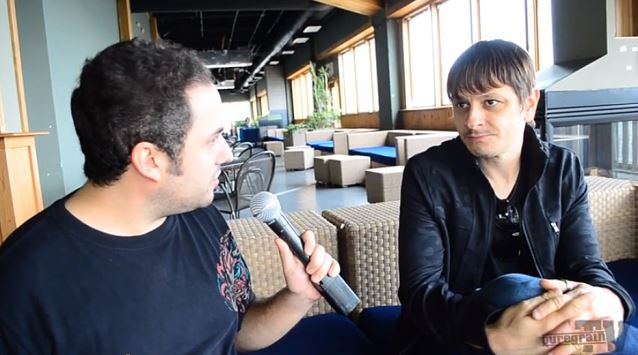 Andrew Epstein of PureGrainAudio.com conducted an interview with KORN drummer Ray Luzier on September 30 at Toronto, Ontario, Canada's Sound Academy. You can now watch the chat below.

"The Paradigm Shift" is the first KORN disc to feature original guitarist Brian "Head" Welch since 2003's "Take A Look In The Mirror" and follows up 2011's dubstep experiment, "The Path Of Totality".