In the brand new issue of U.K.'s Metal Hammer magazine, the members of KORN discuss the return of guitarist Brian "Head" Welch to the band seven years after he quit the group to become a born-again Christian.

Asked about the harsh words that were spoken on both sides when Welch left, KORN singer Jonathan Davis said: "Well, he was just cuckoo with religious stuff. I've seen people go through it, and he was kicking speed so obviously he's not gonna be right in the head for a while. Him getting all crazy Christian and stuff, what it really did was save his life, so I don't give a fuck. I've had too many people around me die from drugs and I wouldn't want that to happen. Him and Reggie [KORN bassist Reginald 'Fieldy' Arvizu] are born-again Christians, that's fine. I don't choose sides, I've got Christian friends and Satanist friends."

According to Davis, no one needed persuading that Head should be back in the band. "I think everyone was on board with it," the singer said. "Me and [guitarist] Munky were thinking, 'Is he gonna take off again? Is he fucking crazy?' But he just came back and he was normal Head. He left a long time ago and this is a different band now, so he's getting used to different things. He had to go and do his thing and we went off in another direction creatively. Another thing was Head wanted to come and check things out to see if we were all partying still. He wanted to make sure he wouldn't fall off the wagon because everyone was partying, but we all stopped a long time ago. What I'd give just to be able to do that again, drink and do drugs, and wake up feeling fine, but you get those three-, four-day hangovers. I had them at 28, that's why I had to stop."

Welch spoke about whether he had any reserations about rejoining KORN, telling Metal Hammer, "I heard Jonathan was having a hard time, and that made me have second thoughts if he's not all there. But I talked to him, and since I've been back he's come a long way. He was on all this medication and he was in a dark place. Ever since this year he's come out of it. I ended up at a KORN concert and I felt the connection with the crowd and with my friends in KORN; it was just really emotional. Then Munky asked me back in and I felt it was time."

He added: "It was the first time I'd seen him or spoken to him in eight years. Everyone would call Munky their best friend, he's just that type of guy, but when he started drinking he turned into the opposite of what he was. When I was with him at that concert he looked like the guy I used to hang out with."

Asked what it means to KORN having Head back in the band, Munky said: "It's a lot of different things and they're all positive, starting with having a chilghood friend back in our family. I wanted to make sure we stayed friends and have him back in my life. It was something that everybody wanted me to ask and it was only right that it should come from me. I think time heals most of that, between when he left the band and those words were said. We've all gone through those stupid-ass moments where we just regret a lot of things that we've done or said. It's sort of like, 'It's OK, it's all good.' It's about forgiveness and compassion." 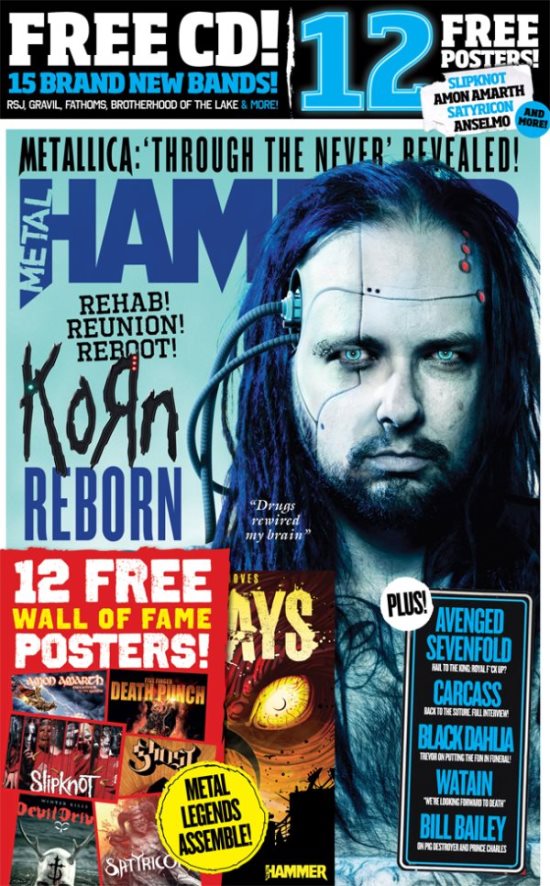