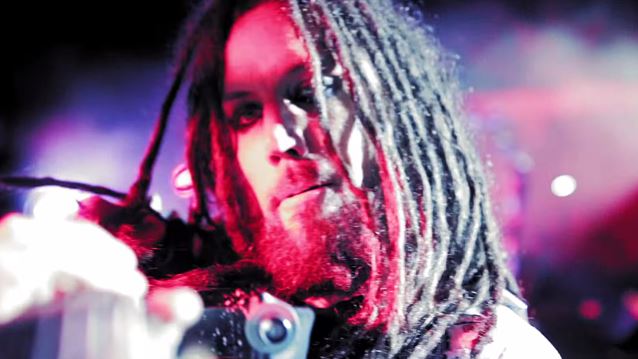 KORN guitarist Brian "Head" Welch will introduce the film "Holy Ghost" at the movie's "world premiere experience," a live, one-time digital event where anyone in the world can see the film and the event free of charge. The musician will introduce "Holy Ghost" this Saturday, September 6 from the Redding Civic Auditorium in Redding, California. Welch will also make a rare, solo musical appearance during the event, joining Christian band JAKE HAMILTON & THE SOUND for a live performance.

"We're deeply grateful to Brian for his avid support and the prominent role he has agreed to play at the upcoming world premiere. There's no question he's going to add his own unique touch to the event," said Darren Wilson, director of "Holy Ghost" and founder of Wanderlust Productions, the independent film studio behind the hit "God adventure" trilogy "Finger Of God", "Furious Love" and "Father Of Lights".

"The 'Holy Ghost' world premiere experience is designed to engage fans in an incredible, one-time event built around the film. We're expecting thousands of young people to physically join us in the Redding Auditorium while others simultaneously participate in hundreds of churches, at thousands of 'Holy Ghost' home-screening parties, and in coffee houses, restaurants, and parks around the globe — anywhere where there's an Internet connection.

"We are confident that this film and the experience itself will be surprising and richly rewarding for everyone who participates."

'Holy Ghost' was crowd-funded by 2,500 investors who surged to support Wilson's Kickstarter campaign, raising a record-breaking $360,000 in just 45 days to become the No. 1 most-funded, faith-based film — and the No. 2 most-funded documentary — in Kickstarter history. Wanderlust Productions is now crowd-promoting and crowd-marketing this film by mobilizing 25,000 of its most deeply dedicated fans through the #HolyGhostExperience campaign.

To learn more and view the trailer, visit hgpremiere.bethel.tv.

According to the Wanderlust Productions web site: "'Holy Ghost' takes [director Darren Wilson] and his team around the world as they go in search of the nature and evidence of the Holy Spirit. They explore the role of the Holy Spirit in the arts, ministry, and the Christian life. But as with all of Darren's films, it is the encounters of ordinary people with the God of the Bible that take center stage. Darren feels that God is directing him to approach some of the religions of the world and 'introduce them to the Holy Spirit and see what happens.' This is a film with no script, but is a visceral, authentic, and wholly unique experience for the viewer." 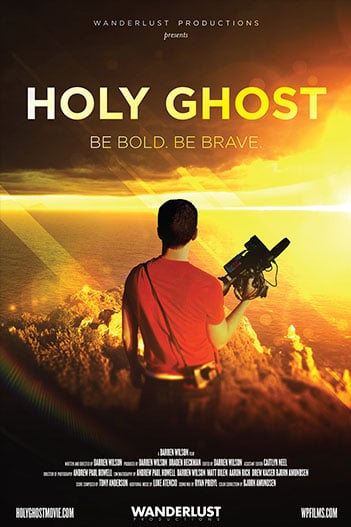