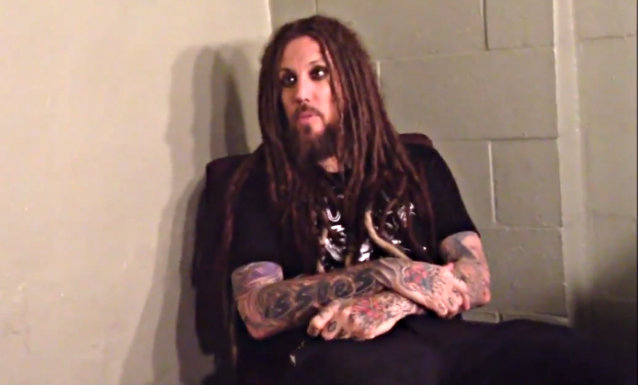 KornRow.com conducted an interview with KORN guitarist and LOVE & DEATH frontman Brian "Head" Welch on September 28, 2013 after LOVE & DEATH's performance in Worcester, Massachusetts. You can now watch the chat below.

KORN's eleventh studio album, "The Paradigm Shift" (Prospect Park), sold 46,000 copies in the United States in its first week of release to land at position No. 8 on The Billboard 200 chart. The CD arrived in stores on October 8 via Prospect Park.