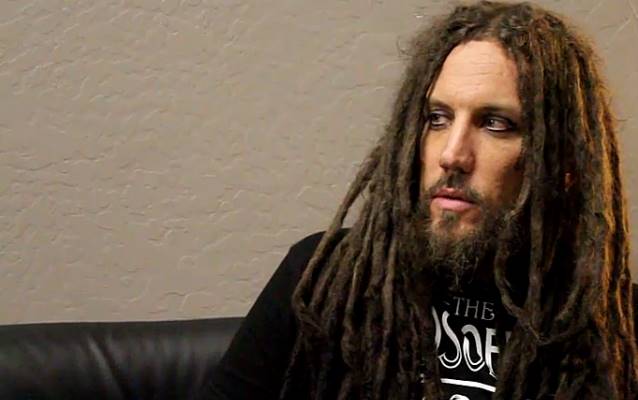 KORN guitarist and LOVE & DEATH frontman Brian "Head" Welch was interviewed on a recent edition of "The Real Radio Show". You can now listen to the chat using the widget below.

"The Paradigm Shift" is the first KORN disc to feature Welch since 2003's "Take A Look In The Mirror" and follows up 2011's dubstep experiment, "The Path Of Totality".

LOVE & DEATH's debut album, "Between Here & Lost", was re-released on September 24 as a "deluxe" edition containing a brand new track, "Empty", along with remixes of the songs "The Abandoning" and "Meltdown" by the CD's producer, Jasen Rauch (RED, BREAKING BENJAMIN).

"Between Here & Lost" sold around 4,200 copies in the United States in its first week of release to debut at position No. 95 on The Billboard 200 chart. The CD was originally issued on January 22 via Tooth & Nail Records.