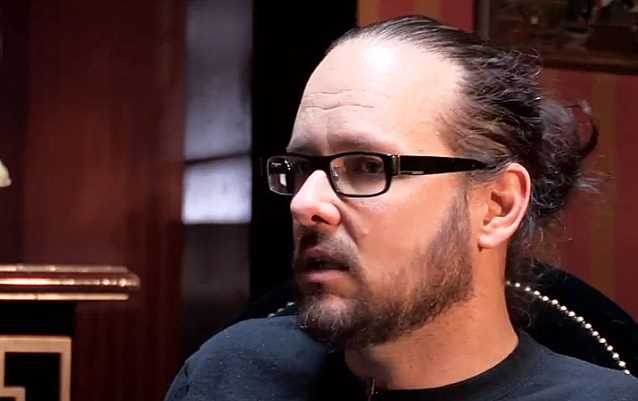 France's ArtScenics recently conducted an interview with KORN singer Jonathan Davis. You can now watch the chat below.

According to The Pulse Of Radio, the melodic, almost pop-driven style of the first single, "Never Never", has met with some mixed reactions from KORN fans, which singer Jonathan Davis told Metal Hammer was his intention. He explained, "We put this out first cause I knew it was going to piss off a lot of people. And um, so I did it. That song ain't for dudes, it's for the ladies."