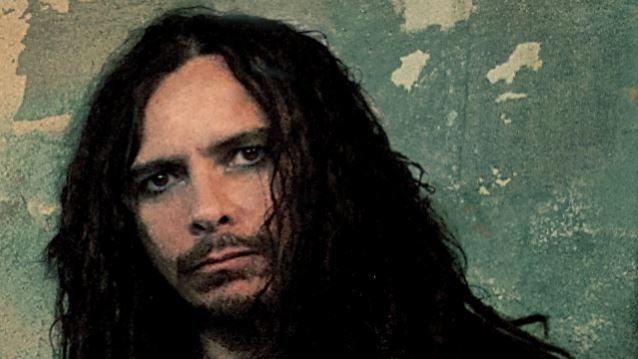 KORN guitarist James "Munky" Shaffer was interviewed on the November 28 edition of "Whiplash", the KLOS radio show hosted by Full Metal Jackie. You can now listen to the chat using the widget below. A few excerpts follow (transcribed by BLABBERMOUTH.NET).

On KORN not getting the recognition it deserves for its musicality:

Munky: "I think it's difficult to put us in a category, and I think, in the beginning, that's why somebody — whoever it was; some European journalist — said, 'We don't know what to call these guys, so we're gonna call it 'nu metal.' I think that's where that term came from.

"There's so many elements that influence us, and we've tried to incorporate different melodies and different structures and rhythmic elements, and that all comes from just each of our personalities, I think. But I think to the general public, you just hear screaming and heavy metal guitars [laughs], and I think that's where people kind of get lost. But you have to be at least a rock fan to know what you're listening to or in general. But I don't care. [Laughs]"

On whether he disliked being labeled a "nu metal" band during KORN's early years:

Munky: "I think a lot of great things came out of that, and a lot of bad things. Some bands kind of emulated what we did and took it to their own avenue, and then I think a lot of bands kind of fizzled out and didn't really use the inspiration or the art inspiring art to kind of use it as… what we did. 'Cause we did the same thing with bands like RAGE AGAINST THE MACHINE and SEPULTURA and on and on and on… FAITH NO MORE… We just used those influences and created something that fit us and our personalities.

"Ten years ago, if you had asked me that, I would have said I hated it — I hated being put in that [category]. But now, I guess because we've endured such trying times and came out the other side, I feel really grateful that we are where we are."

On the origin of the "nu metal" scene:

"I think people got kind of fed up with the whole… And I grew up in the whole hair-metal thing. People started getting tired of it, and it was really, I think, Kurt Cobain and those guys [NIRVANA] really took a left turn and decided to… The Seattle movement, I think a lot of that movement dripped down into California — bands like the DEFTONES and KORN and stuff like that."

KORN's latest album, "The Serenity Of Suffering", was released on October 21. The follow-up to 2013's "The Paradigm Shift" marks the band's return to Roadrunner, which previously released 2010's "Korn III - Remember Who You Are" and 2011's "The Path Of Totality".