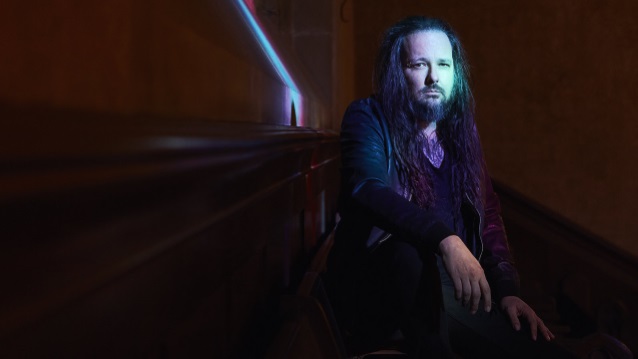 The first in a series of clip featuring behind-the-scenes footage from the making of KORN frontman Jonathan Davis's solo album, "Black Labyrinth", can be seen below.

Davis will take a number of his fans through a sensory deprivation experiment employed to test ESP abilities, known as the Ganzfeld Experiment. The singer recently spoke about the experiment with Ticketmaster UK, saying: "That's something that's been going on for a long time. If you deprive yourself of visual and audible stimulus, you'll start to hallucinate. You cut a ping-pong ball in half and put these white globes over your eyes, and you listen to white noise, after twenty minutes you start to hallucinate. Every experience is different, but the brain can't handle not hearing or seeing anything."

The first Davis-led experiment is scheduled to take place today (Friday, May 25) in Seal Beach, California, when the new LP is released.

Davis heads to Europe next month in support of his new disc.