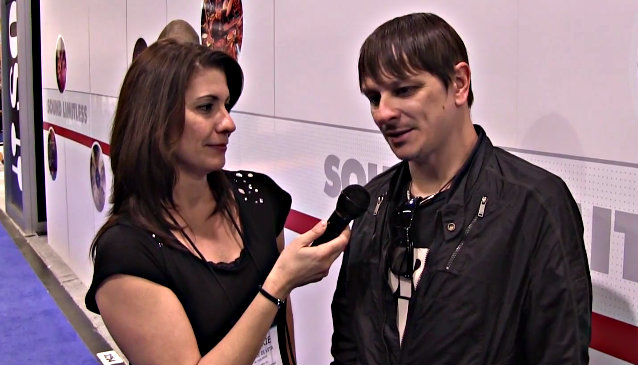 Frankie DiVita, radio personality at Southern California's 96.7 KCAL Rocks, conducted an interview with KORN drummer Ray Luzier at this year's NAMM (National Association Of Music Merchants) show, which took place January 23-26 at the Anaheim Convention Center in Anaheim, California. You can now watch the chat below.

"The Paradigm Shift" is the first KORN disc to feature guitarist Brian "Head" Welch since 2003's "Take A Look In The Mirror" and follows up 2011's dubstep experiment, "The Path Of Totality".

Welch told Rolling Stone that the new album has "the old KORN vibe, but with a new twist . . . The end product is a really good mix of old KORN mixed with some new elements. It's got a fresh new KORN 2013 sound."

Welch left KORN in 2005 after he converted to Christianity and got off drugs. He rejoined them for a handful of live performances in 2012 before officially becoming part of the lineup again in early 2013.