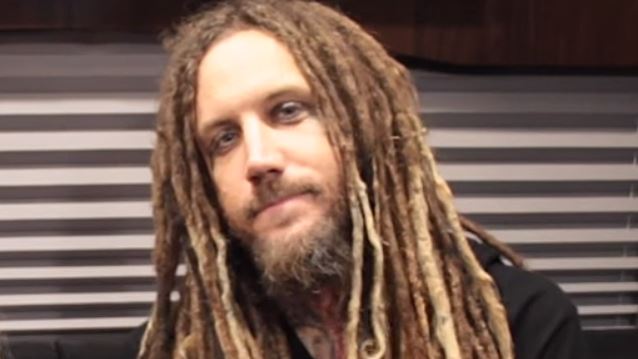 KORN guitarist Brian "Head" Welch was interviewed on a recent edition of "In The Vault With Shanda Golden" (web site). You can now watch the chat below.

Asked if he is open to falling in love again after spending much of the last couple of decades raising his daughter, Jennea, Brian said: "I'm just happy how I am. I've been single for sixteen years, and I feel like I'm one of those little spiritual monk dudes. And I really love my alone time. And I'll never say never, but I'm not looking. I did look a couple of times, and I just realized… I'm a different type of dude."

Welch, who got sober and became a Christian more than a decade ago, added that his potential mate would have to be "someone that's really spiritual. That would be good," he said. "But, you know, it's just… I'm not looking for it, though. It just would have to happen naturally, 'cause I'm not really looking for that."

He continued: "I travel so much, a relationship would be horribly hard, because I'm never in one place at the same time for long. I mean, people do it — my bandmates do it and everything — but I kind of just… I did that. I was married, I raised a daughter and had a family, so I'm just… Yeah, we'll see."