KORN will return to the U.K. this December for an arena run in support of its hotly anticipated twelfth studio album, "The Serenity of Suffering", due on October 21 via Roadrunner Records. Co-headlining the tour will be KORN's longtime friends LIMP BIZKIT.

KORN says in a statement: "We’re really proud of our new album and we can't wait to play these songs for our amazing fans in the U.K.; they are some of the best in the world! This tour is gonna be sick!"

KORN will close all shows.

The follow-up to 2013's "The Paradigm Shift", "The Serenity Of Suffering" was helmed by Grammy Award-winning producer Nick Raskulinecz, who has previously worked with FOO FIGHTERS, DEFTONES, MASTODON and RUSH, among others. The CD features a guest appearance by SLIPKNOT frontman Corey Taylor on the song "A Different World".

KORN will hit the road this fall with co-headliners BREAKING BENJAMIN for the "Nocturnal Underground Tour", which will kick off on September 24 in Fargo, North Dakota and run through late October. 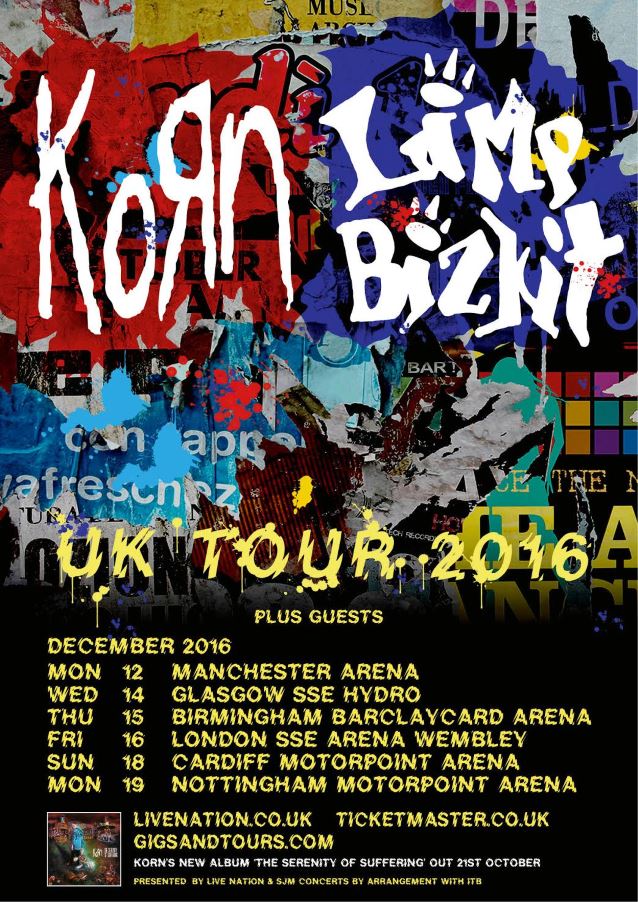