DOWNHELL, the Korean band featuring drummer Mike Terrana (MASTERPLAN, TARJA TURUNEN, RAGE), has posted a live version of its cover of FIGHT's "Into The Pit" on MySpace.

DOWNHELL recently released the video for the song "Karma" (see below). The clip was shot in Kyunggi-do, Korea with director Cho Byung Ho, who has previously worked worked with some of Korea's top artists, including Lee Hyo Ree. The track comes off the group's "Karma" EP, which was released last month via Dope Entertainment. The CD was recorded at MOL Studio in Seoul, Korea with engineer Cho Sang Hyun (VASSLINE, CRASH) and features cover artwork by Gustavo Sazes (FIREWIND, SERENITY, KRISIUN). The logo was designed by Travis Smith, who will also create the art for the band's forthcoming album, "A Relative Coexistence". 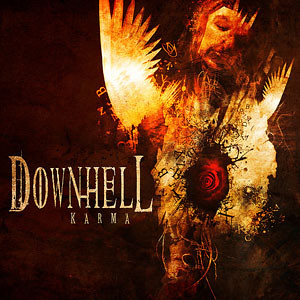 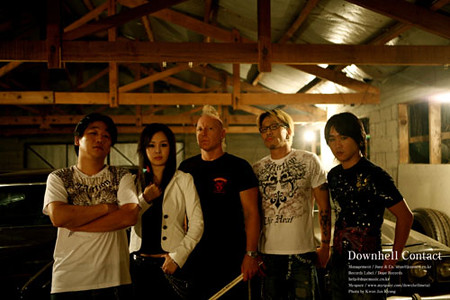