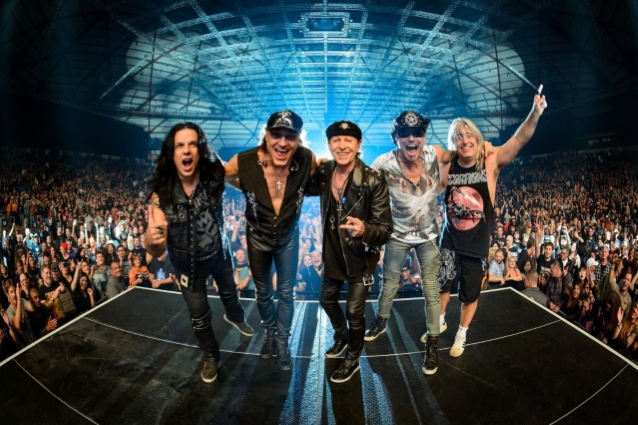 SCORPIONS vocalist Klaus Meine issued the following statement: "Dear Australian fans, believe me, I have tried everything to be up on stage tonight in Sydney... I haven't said a word in the last 36 hours to rest my pipes, but, unfortunately, my voice is not back to the power it needs to sing my heart out for you tonight. You deserve nothing less than the best performance and I hope we have a chance to come back to finally 'Rock You Like A Hurricane.' Thank you for all the 'get well soon' messages. Thank you, DEF LEPPARD, for your amazing support on this tour. Love Klaus."

It is uncertain if concert promoters will issue a partial refund to fans who attended the Sydney and Melbourne shows.

DEF LEPPARD and SCORPIONS have one remaining concert on their current joint tour: Monday, November 12 in Auckland, New Zealand.

Back in October 2017, SCORPIONS scrapped the remainder of their North American tour dates with MEGADETH after Meine was diagnosed with "severe laryngitis." Klaus was advised by a top throat specialist in Los Angeles to rest his voice or risk permanent vocal damage.

Meine told the Phoenix New Times in a 2017 interview that the aging process has forced the SCORPIONS to scale down their touring activities — they no longer play three shows in a row or even attempt to perform some of the earlier songs in the original key. He said: "When you listen to songs from 'Blackout', like 'No One Like You', [or] 'Big City Nights', it's physically impossible [now] to do those songs in the original keys. You want to play those songs, but you want to survive 100 shows a year. So some of the songs we play in different keys, but the energy is still there. You're still at the top of your voice. Even now, you've got to go to the edge, but maybe the edge has moved a little bit."

SCORPIONS are currently promoting "Born To Touch Your Feelings - Best Of Rock Ballads", an essential anthology of the band's new and classic recordings, which was released in November 2017 via Legacy Recordings, a division of Sony Music Entertainment. 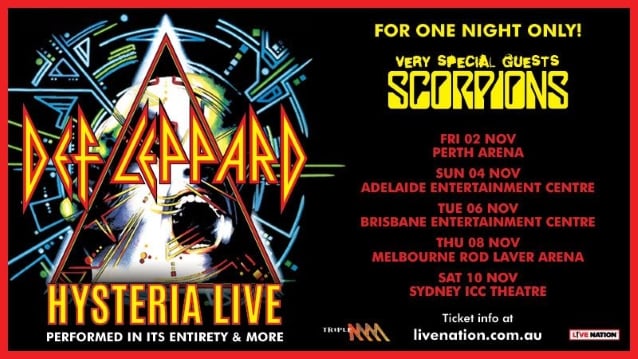