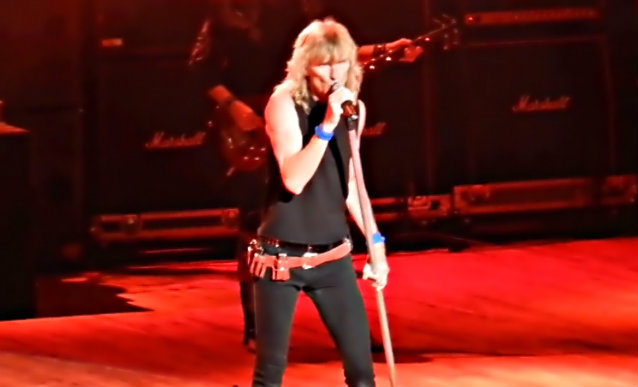 Singer Steve Whiteman of Maryland rockers KIX was interviewed on the latest edition of "The Classic Metal Show", which is heard live on Saturdays from 9 p.m. to 3 a.m. EST at TheClassicMetalShow.com. You can now listen to the chat in the YouTube clip below.

KIX's seventh album, "Rock Your Face Off", was released on August 5 via Loud & Proud Records. The band's first collection of new music in two decades is described in a press release as "everything fans know and love them for: a raucous, roaring and real display of rock 'n' roll."

With "Rock Your Face Off", KIX stirs up its truest statement to date in 2014. "It's still hot women, fast cars, and great moments," says Whiteman. "I want everybody to end up on their feet, whether they're working out or stuck in rush hour traffic. This is a release, something to lift your spirits when you need it. You can party to this one."